Fight for Sight is pleased to announce that the fourth Fulbright Fight for Sight Research Award has been given to Dr Christine A Kiire. She's an ophthalmology registrar at the Oxford Eye Hospital.

The award is a partnership between Fight for Sight and the Fulbright Commission to support pioneering research to prevent sight loss and treat eye conditions. The research must take place at an accredited US institution chosen by the applicant. 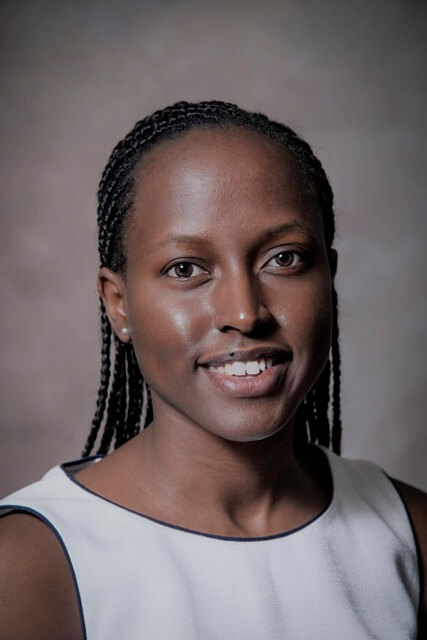 Dr Kiire will use her Fulbright award to analyse data from the Wisconsin Epidemiologic Study of Diabetic Retinopathy (WESDR) – a unique follow-up study of people with diabetes. Her aim is to measure the effect of recent changes in the way diabetes is managed on how often and how badly diabetic retinopathy affects people with type 1 diabetes.

Is the number of severe cases falling?

In the 1980s, more than 9 out 10 people with type 1 diabetes would have some degree of retinopathy 20 years after diagnosis. But, studies including WESDR have shown that cases of severe diabetic retinopathy have fallen amongst those more recently diagnosed. This could be due to better medical management of diabetes. However, there have been no long-term studies that cover the time period over which diabetic retinopathy might appear and progress.

This will be the first long-term study to establish the relative contribution of several aspects of medical management, including better control of blood sugar and blood pressure, alongside better education, of both patient and clinician, on the need for early detection and treatment of sight-threatening diabetic retinopathy.

Dr Kiire will spend her Fulbright year at the University of Wisconsin, Madison with Professors Ronald and Barbara Klein, who have led WESDR research from the beginning.

“It is a real honour for me to have received the prestigious Fulbright Fight for Sight Research Award”, said Dr Kiire, an ophthalmologist who has recently spent a year in Malawi studying the effectiveness and cost effectiveness of laser treatment for diabetic retinopathy with the Malawi-Liverpool-Wellcome Trust research programme.

“Given the public health crisis that the rise in the prevalence of diabetes is expected to cause across the world, there is an urgent need for academic ophthalmologists with the skills to conduct robust, large-scale research studies that can increase our understanding of how the epidemiology of diabetic retinopathy might be changing over time. I plan to take this opportunity to develop these skills. I hope to have on-going involvement in collaborative diabetic retinopathy research in the longer term, in both the UK and further afield.”

Dr Dolores Conroy, Director of Research at Fight for Sight, said: “The number of people in the UK with late stage diabetic retinopathy is predicted to rise from 188,000 in 2010 to 236,000 by the year 2020. We need to understand which measures might be important for bringing that figure down.”

“Christine Kiire has a strong record as a clinician and researcher and I have no doubt that she will use the 2015 Fulbright Fight for Sight Research Award to bring the widest benefit to people with diabetic retinopathy across the continents.”