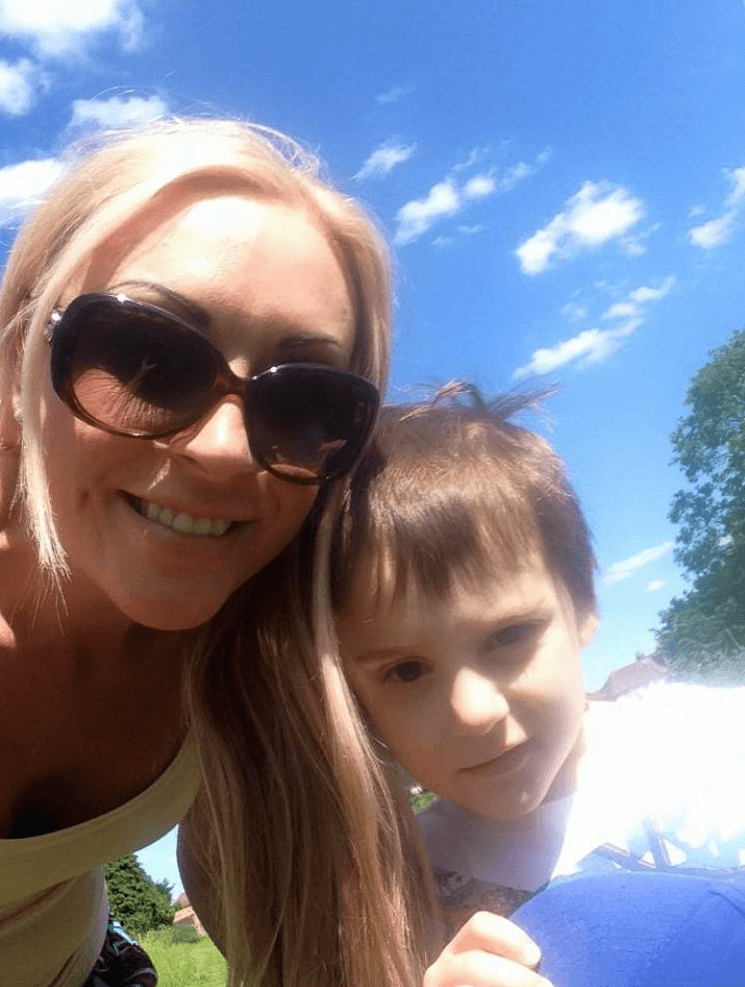 Hayley and her son, Jack.

Fight for Sight has launched a campaign to raise awareness of eye cancer retinoblastoma in children, working with families affected by the condition. The charity is also announcing funding for research that could lead to new treatments to prevent sight loss in children.

Researchers in Newcastle will be using the latest pioneering stem cell techniques to develop a ‘model’ for the disease that could result in improved treatments. This model will use stem cells taken from blood samples of patients with retinoblastoma and will enable researchers to gain more information about which retinal cells are affected.

Hayley Pugh discovered her son had retinoblastoma when he was two years old. Hayley said: “I first noticed something was wrong when I spotted a white glow inside Jack’s eye. When Jack was then diagnosed with retinoblastoma I was in denial. My brave little boy had to undergo a year of chemotherapy which resulted in him losing the eye we had all desperately tried to save. It’s so important for parents to recognise the symptoms of retinoblastoma so that they increase their chances of saving their child’s sight.”

Retinoblastoma is a rare type of eye cancer which is most common in children under five. Approximately one child every week in the UK is diagnosed with retinoblastoma. The cancer is successfully treated in over 95% of cases but nearly 40% of those with the condition lose one eye. The charity is encouraging parents to be aware of the symptoms of retinoblastoma and take their child to an eye care professional or GP for further tests if they have concerns.

Dr Neil Ebenezer, Fight for Sight’s Director of Research, Policy and Innovation, said: “Retinoblastoma is a cancer that mainly affects young children, which can in some cases lead to sight loss or the removal of the affected eye. We would like to empower families to be able to identify the signs which could one day help save their child’s sight. We are also funding research that could benefit many children in future”

He added: “The stage of disease detection often determines the outcomes, so it’s vital that parents are vigilant and are able to recognise the early signs. These symptoms could be due to a number of other less serious conditions so it’s important to make sure that children get their eyes tested, if concerned.”

Professor Majlinda Lako from Newcastle University, said: “We hope that our research will provide a model in the lab that can be used to understand the genetic events that lead to retinoblastoma tumours as well as to test drugs that go on to clinical trials.”

The signs and symptoms to be aware of include:

• An unusual white reflection in the pupil – this may occur in photos where only the healthy eyes appears red from the flash
• Squint
• Change in the colour of the iris
• Poor vision – Your child may express that they cannot focus on faces or objects. They may not be able to see as well as they used to
• Red or inflamed eye

Fight for Sight is working with families like Hayley’s and researchers to raise awareness of retinoblastoma to help prevent sight loss in the future. Click here  for more information on our campaign.

With thanks to the Childhood Eye Cancer Trust.

For press enquiries:
For more information or spokespeople who can give more background on this research please contact the press office.
Direct line: 020 7264 3910 | E-mail: press@fightforsight.org.uk; Switchboard: 020 7264 3900