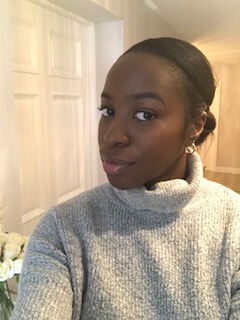 A new study published in the journal Eye has revealed that people with diabetes are at double the risk of developing cataract as the general population. The relative risk has been shown to be highest in those aged between 45 and 54.

By analysing medical records from over 56,000 UK-based diabetes patients aged 40 or over, researchers found that cataract was diagnosed at an overall rate of 20.4 per 1,000 people compared to 10.8 per 1,000 people in the general population.

Co-author of the study, and a researcher who’s previously been funded by Fight for Sight, Rupert Bourne, Professor of Ophthalmology at Anglia Ruskin University’s Vision and Eye Research Unit, said: “The report has shown that having diabetes doubles your risk of being diagnosed with a cataract, and that this risk is six times higher if a diabetic patient has significant diabetic retinal disease, called diabetic maculopathy.

"This is only the second such report on cataract incidence in the UK's diabetic patients since the 1980s and it further emphasises the importance of the NHS Diabetic Eye Screening programme in early identification and treatment of diabetic eye disease to prevent sight loss.

"This is an interesting example of how a very large primary care dataset of electronic patient data, in this case the Clinical Practice Research Datalink, can be used to investigate risk factors for eye disease."

Having diabetes can have many effects on the eyes, including the development of diabetic retinopathy. We currently fund research into vision impairments associated with diabetes – our recent article Spotlight on diabetic retinopathy summarises the work that we’re funding at Queens University Belfast.

Fight for Sight has recently partnered with Diabetes UK to fund a small grant award to support a clinical research study into visual impairment associated with diabetes. Applications for the grant are open until 27 March 2018.