20 Voices: Edinburgh woman raising awareness of dangers of poor contact lens habits after infection left her blind in one eye

24-year-old Charlotte has joined Fight for Sight to raise awareness of the dangers of poor contact lens habits after she was left blind in one eye from a parasitic eye infection.

Charlotte, who is from Edinburgh, is taking part in Fight for Sight’s ‘20 Voices for 2020’ campaign, to raise awareness of the personal impact of sight loss.

Charlotte was on her gap year in Canada working at a summer camp when she contracted Acanthamoeba keratitis - a rare but serious eye infection where the water-borne parasite Acanthamoeba eats into the cornea, causing severe pain, loss of vision and extreme light sensitivity. The condition is often associated with incorrect contact lens use – for example swimming or showering while wearing contacts or inserting them with wet hands.

Charlotte recalls how she was at work one day when a mosquito flew into her eye. Thinking nothing of it, she continued on as normal and put in her nocturnal contact lenses that night before bed. After a couple of days of discomfort and her eye feeling ‘gritty’, Charlotte woke up to find her eye had become very swollen and bloodshot and was causing her a lot of pain. She attended an eye clinic where she was misdiagnosed with HSV keratitis, which is a cold sore of the eye.

Charlotte returned to Edinburgh in September 2018 on her doctor’s advice but continued to experience frequent episodes of pain and redness over the following two months. In December, after she awoke one morning in severe pain and unable to see out of her right eye, a scrape of Charlotte’s eye tested positive for Acanthamoeba keratitis. Nearly six months after first being infected, Charlotte was admitted to hospital for treatment - which involves administration of antiseptic eye drops several times an hour, day and night - and spent four days there.

Charlotte believes that a combination of the mosquito scratching her eye and getting water in her contact lens caused her to contract the painful infection, which forced her to wear an eye patch, sunglasses and a hat from January to March of 2019 and stay mostly indoors.

She said: “It was a very lonely and isolating time for me. I was bed-ridden but I couldn’t even watch a movie or read a book because the world was literally too bright for me. My friends would message me but I couldn’t even look at the phone because I was constantly lying in bed holding icepacks to my face to try and numb the pain.” 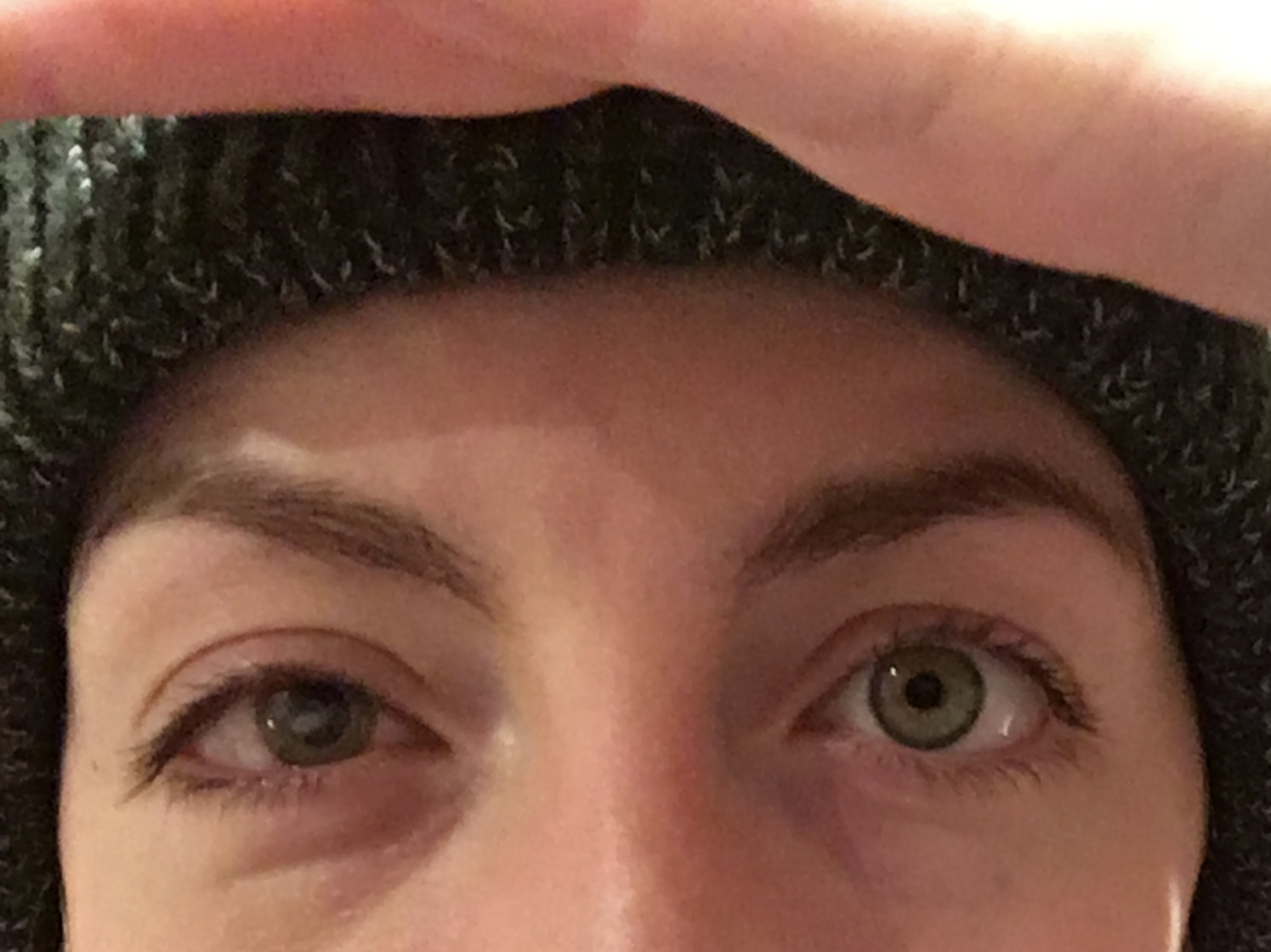 Charlotte is now down to a manageable dose of eyedrops a day, and in the last year she has been able to return to relatively normal life.

She said: “I still can’t see in my right eye and to regain my vision I would need to have a corneal transplant, which I don’t think I want to do because I want to travel again in the future. At the moment my left eye has taken over and I’ve adapted really well, so right now I don’t want to risk it getting worse again.”

Charlotte is determined to raise as much awareness as possible about Acanthamoeba keratitis through Fight for Sight. She hopes her story will encourage other contact-lens wearers to be more careful with their lens hygiene habits.

The 20 Voices campaign is part of Fight for Sight’s wider 2020 campaign, which includes a major research study showing the economic and personal impact of sight loss. The findings, which are due in September 2020, will be used to lobby decision-makers and funding bodies for a national plan on sight loss.