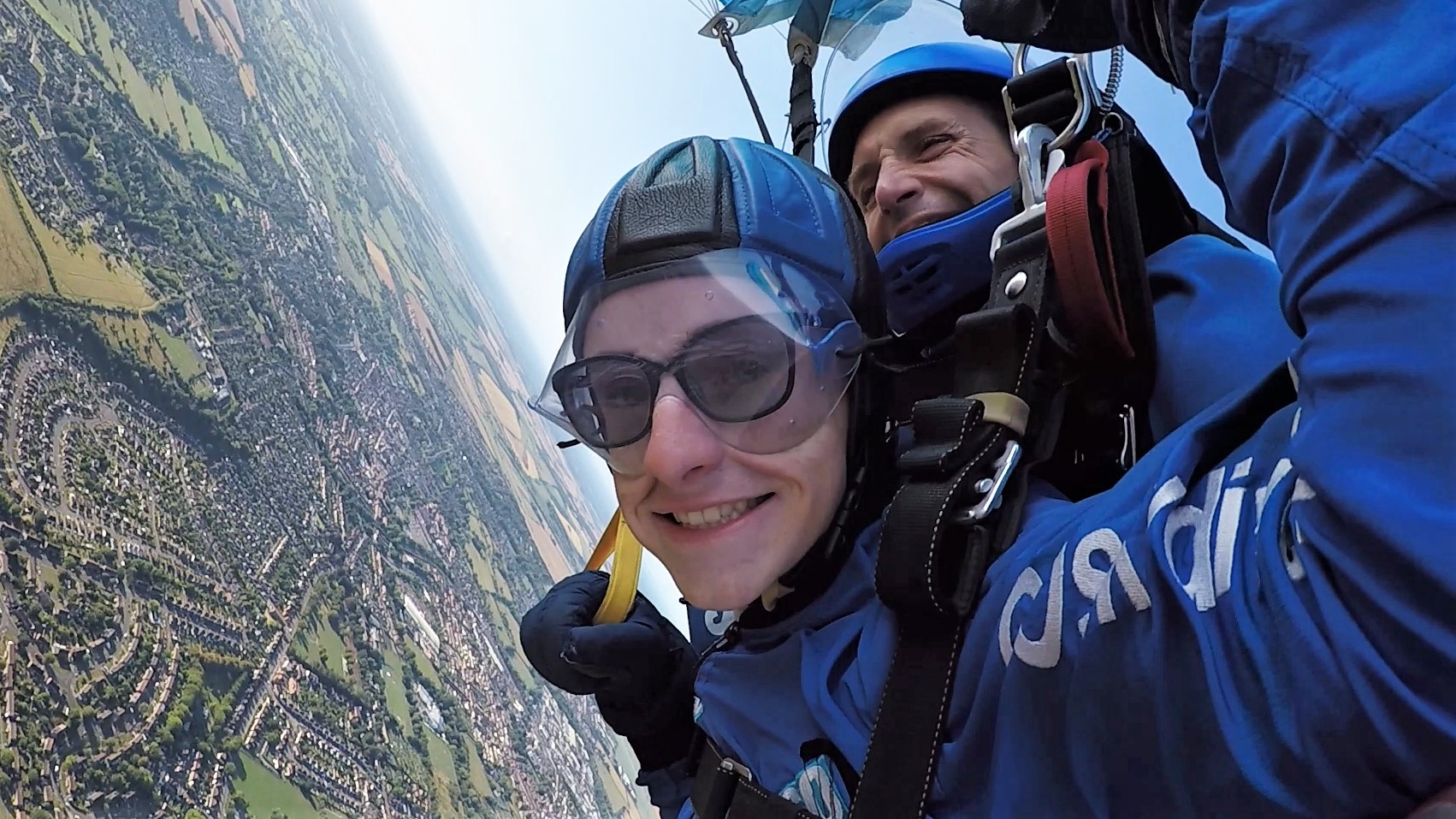 17-year-old Nathan was diagnosed with keratoconus in both of his eyes five years ago after a routine eye check-up with his optician. Since then he has had four surgeries to help slow down the progression and attempt to correctly reshape his corneas.

After his diagnosis, Nathan found Fight for Sight and he has completed a number of fundraising events to raise money for the charity over the past three years.

Nathan said: “I raise money for eye research because I think it’s so important to give back. I also want to encourage more young people to get involved in their communities. It’s our future we’re helping.”

In August 2017, Nathan made a dramatic 80-metre descent from the Arcelormittal Orbit, the 114-metre tall tower in the heart of Queen Elizabeth Olympic Park in London.

Now Nathan wants to go even higher and has committed to two more adventures in 2020 to raise money for sight loss.

In July Nathan will be dropping 430ft from the Viewing Tower of the British Airways i360 in Brighton, while in August, he will skydive 15,000ft over the Salisbury Plains.

Nathan said: “I think it is very important to raise money for research into such an uncertain eye condition that affects so many people – the majority of whom are under the age of 20. I hope that by helping to fund research a new treatment for keratoconus will be found.”

Keratoconus affects the cornea, the clear round-shaped front surface of the eye, which becomes progressively thinner and weaker over time. The abnormal change of shape causes a person to have blurred and distorted sight as it prevents the light that enters their eye from being correctly focused. Scientists do not understand exactly what causes keratoconus.

Fight for Sight is currently funding Dr Mouhamed Al-Aqaba and his team of researchers at Nottingham University who are using biological ‘markers’ to investigate the underlying nerve structures in keratoconus. Fight for Sight also recently contributed to research at Guys Hospital and Moorfields Eye Hospital to understand more about the effectiveness of a new treatment for keratoconus called corneal cross-linking.

To support Nathan you can visit his Just Giving page -