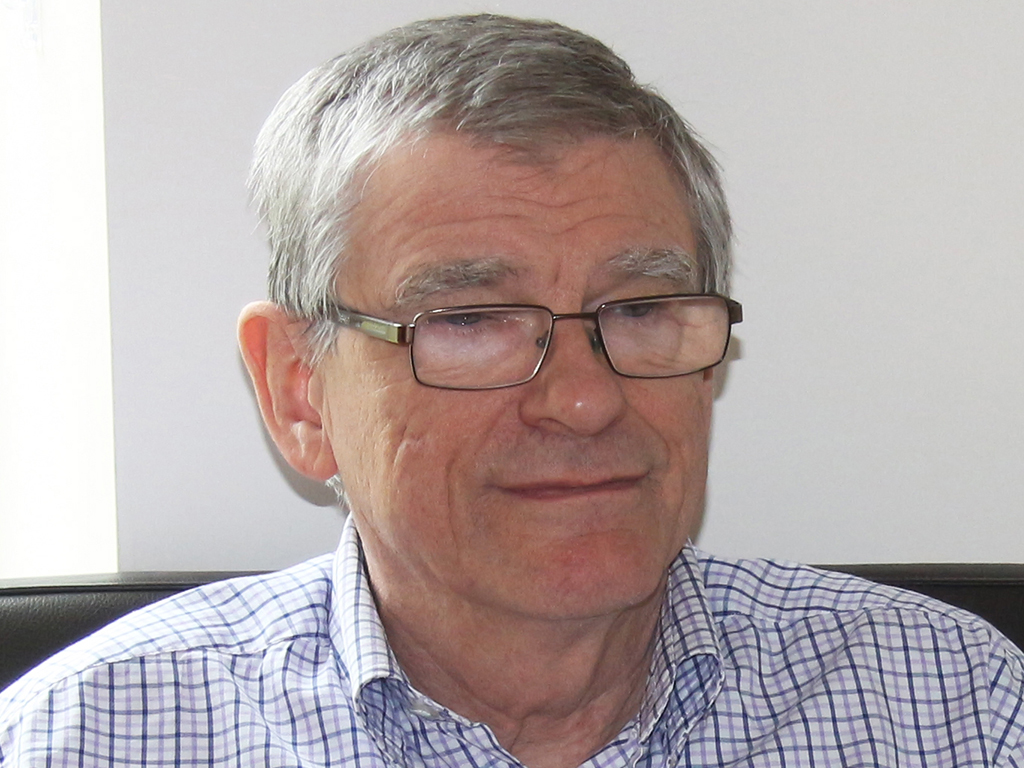 Sixty-six-year-old Ian had been wearing monthly disposable contact lenses for over 25 years without issues, until one evening in February 2016, one of his eyes felt sore and he noticed the vision was a little unclear. He removed his lenses and went to bed early, only to wake up a few hours later in excruciating pain.

After several trips to and from the eye clinic, Ian was eventually diagnosed with Acanthamoeba keratitis and checked into hospital.

Ian said: “That first night I spent in hospital is etched in my mind as the worst in my life. The pain in my eye, perhaps aggravated by the scrape I had been given to remove some of the infected corneal tissue, was even worse than in the past few days. I had taken all the painkillers I’d got with me and pleaded with the nurse for more.”

Ian needed a cataract operation to repair the damage done to his eye by the infection, but he considers himself lucky.

He said: “I was diagnosed quickly. I suffered terrible pain for many months and had to live in a darkened room, but after six months I was free of the infection and able to start rebuilding my life. I’m one of the luckier ones, most people with AK have far worse outcomes than me and that’s why I’m raising money to help fund more research into the condition. I don’t want others to go through the pain that I went through."

Ian became a member of a global community of Acanthamoeba keratitis sufferers on Facebook who have now joined forces to raise funds for the condition. Through Fight for Sight, they have set up the AK Community fund.

The money raised will help Fight for Sight fund research into more effective treatments and diagnoses for this painful condition. The charity fund vital early-stage research into a range of conditions that have already led to new treatments for some retinal diseases, and with more funding further breakthroughs are possible.

The AK Community also hope to raise awareness about the condition and the dangers of incorrect contact lens use.

Ian said: “We are quite militant in our group, because we don’t want other people to go through what we went through. The majority of cases of Acanthamoeba keratitis are avoidable. If only someone had given me the right information about contact lenses maybe I would never have gotten this infection.”

Acanthamoeba keratitis (AK) is a rare but serious eye infection that affects the clear front surface of the eye. AK is most common in people who wear contact lenses, but anyone with an injury to their cornea is susceptible to developing the condition. In the early stage of infection, the Acanthamoeba eats into the cornea, causing severe pain, loss of vision and extreme photophobia.

AK is usually treated with antiseptic eye drops, however the infection can often mimic other conditions, making correct diagnosis difficult and delaying appropriate treatment. Patients with severe inflammation or scleritis (inflammation of the white part of the eye) are sometimes prescribed steroid eye drops, although not every AK-sufferer requires these. A high percentage of sufferers require corneal transplants during or at the end of their treatment and some never recover usable vision in the affected eye.

Acanthamoeba are usually found in soil and in water, for example in hot and cold tap water, swimming pools, hot tubs and sea water.

Wearing contact lenses when swimming or taking a shower, as well as putting in lenses with wet hands from tap water, must be avoided.