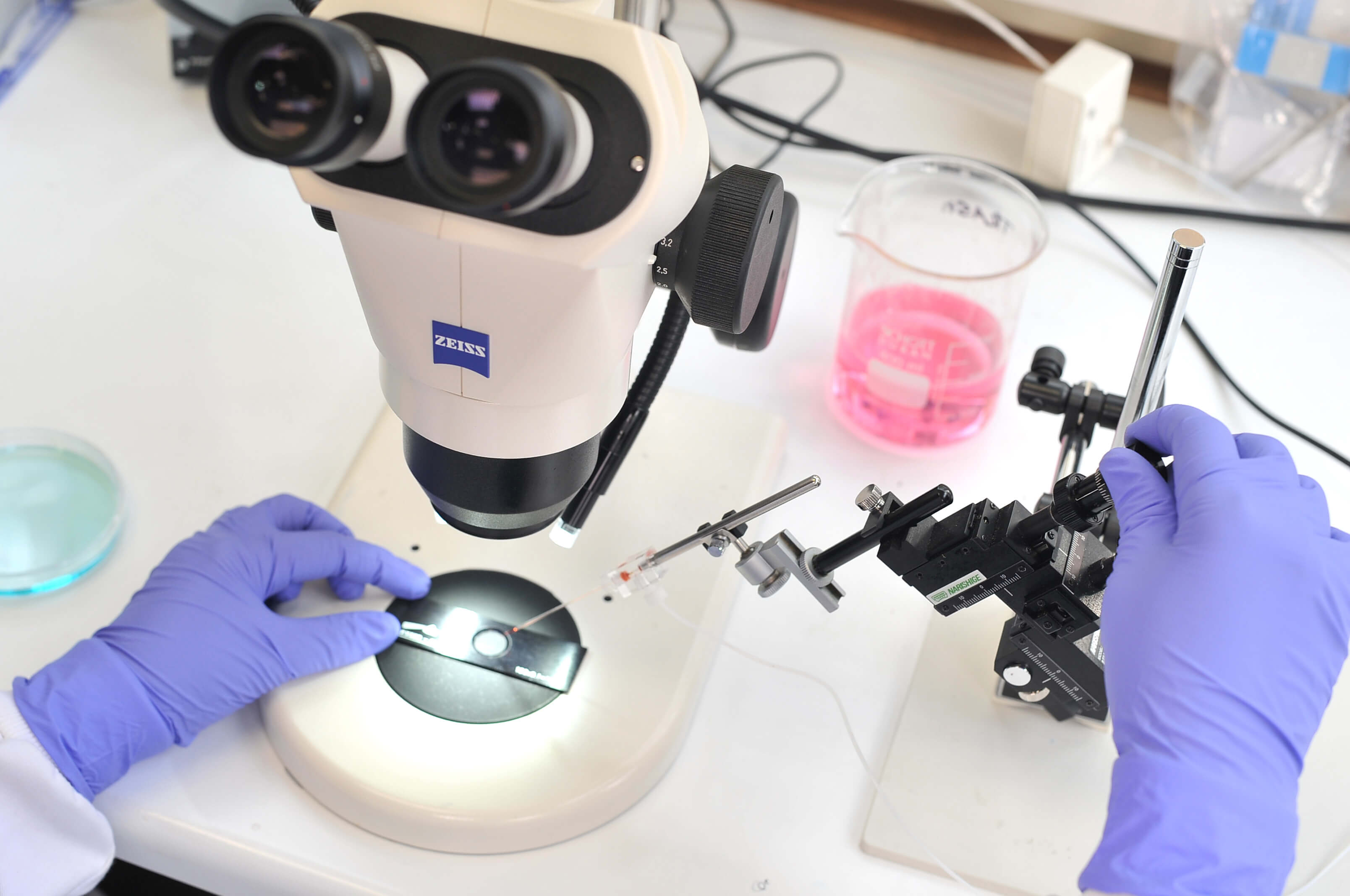 Researchers with funding from Fight for Sight have shown that a new drug treatment for cystic fibrosis and Duchenne muscular dystrophy can override a genetic fault that causes choroideremia. Treatment with Ataluren got a protein that is critical for vision to work again. It was tested in skin cells from a patient with choroideremia and in zebrafish with the same genetic fault.

Choroideremia is a rare inherited retinal disorder caused by any number of faults in the gene that holds instructions for making rab escort protein 1 (REP1). Around 1 in 3 of these faults mean that protein-making machinery inside cells is told to stop assembling REP1 before it is complete (‘nonsense mutations’).

REP1 is important for in cells all over the body but it’s particularly active in the light-sensitive layer at the back of the eye (the retina). The early stop glitch damages both the cells in the retina that detect light and the blood vessel layer (choroid) that supplies them with oxygen and nutrients.

Ataluren is designed to make cells less able to recognise early stop instructions. This means that full-length protein can be made that works normally.

Dr Dolores M Conroy is Fight for Sight’s Director of Research. She said:

“These results show the potential for this class of drug to rescue retinal function in choroideremia and other inherited retinal dystrophies due to nonsense mutations. The most obvious potential is in the earlier stages when the retina is still functional and able to produce restored protein when treated.

“Ataluren is orally administered and has a demonstrably good safety profile. It has already had some success in clinical trials for other nonsense mutation-based inherited disorders. This could provide an alternative treatment to gene replacement therapy for some choroideremia patients.”

Dr Mariya Moosajee at UCL Institute of Ophthalmology is first author on the study, which is published in Human Molecular Genetics.

A clever approach to treatment that could potentially restore sight