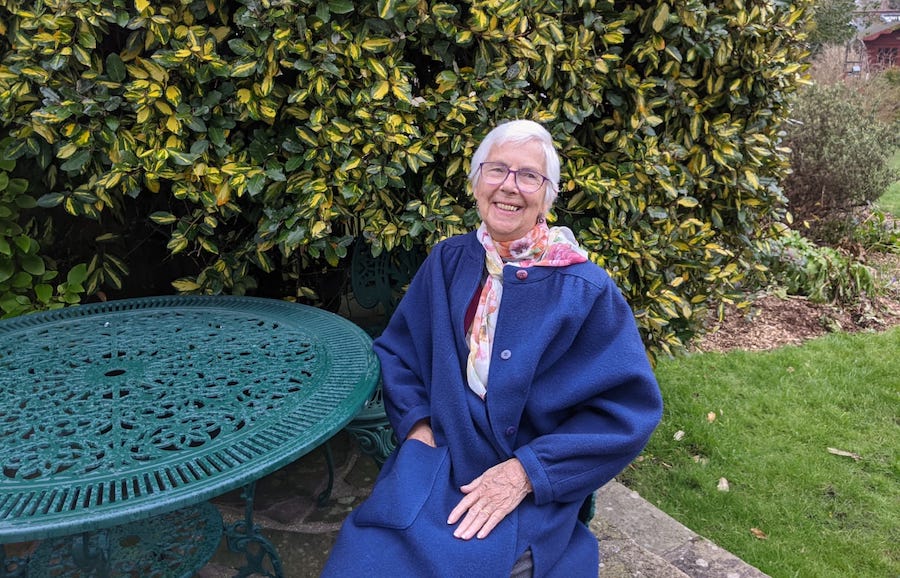 Carrie Knotts, 88, from Bromley, first lost the sight in her right eye after an accident when she was four years old. Later in 2009, Carrie had a brain haemorrage which caused damage to the optic nerve in her left eye and she lost her peripheral vision in that eye. Shortly after this she began to experience visual hallucinations known as Charles Bonnet syndrome.

Carrie is taking part in Fight for Sight’s campaign to raise much needed awareness and funds for research into this complex and devastating condition which is common in people with sight loss.

Carrie’s hallucinations were benign at first, seeing just red lights in her vision, until one morning she woke up and everything in her house had magnified and she thought it was caving in.

She said: “I opened my eyes in the morning and everything was huge. My windows looked as though they were right on top of me, my cat looked like a tiger, if I held up my hand, my fingers looked like sausages. My daughter called an ambulance and they took me to A&E. Eventually they talked to my consultant and they thought it must be Charles Bonnet syndrome.”

Charles Bonnet syndrome can cause huge distress to people who experience it and can greatly impact on quality of life. The condition is often misunderstood and can sometimes be mistakenly confused with the onset of dementia.

There is currently not enough data to show how many people in the UK have Charles Bonnet Syndrome, but it is estimated to be hundreds of thousands, with some experts saying it could be as many as one million. In spite of this, scientists still do not understand why these hallucinations occur.

Carries says her hallucinations continued for some time before eventually going away.

She said: “Each morning I woke up I would pray things would go back to normal. They did change then and I started to see patterns and all sort of things on the wall that would come and go. They were quite pretty compared to the scary hallucinations I had been having. Eventually it did stop but it took several months.”

Please donate today to help us fund cutting-edge research to understand this complex and devastating condition.