Joan shares her experience of living with Charles Bonnet syndrome

Joan Dean, 70, from Stalybridge in Tameside developed a macular hole in her eye a few years ago, causing her to lose some of her sight. Since then she regularly experiences visual hallucinations, known as Charles Bonnet syndrome (CBS), a common side effect of sight loss.

Joan is taking part in Fight for Sight’s campaign to raise much needed awareness and funds for research into this complex and devastating condition.

A macular hole is a small break or tear in the macula – the part of the retina used for seeing in colour and fine detail. Joan underwent surgery on her eye to help close the hole. Shortly after her operation, Joan began to experience visual hallucinations. She kept seeing a horse’s head and hooves – and at first it would last for up to 20 minutes at a time. Joan worried she might be going mad and told her son about it, who did some research and found out about Charles Bonnet syndrome.

Charles Bonnet syndrome is a visual hallucinatory condition that occurs in people, including children, with sight loss and can happen to people with good mental health who have no history of psychiatric problems. The condition can cause huge distress to people who experience it and can greatly impact on quality of life. Charles Bonnet syndrome is often misunderstood and can sometimes be mistakenly confused with the onset of dementia.

Joan’s hallucinations got worse and worse until every day she would have a different hallucination, seeing snakes, people, animals and insects, and at night she would see luminous shapes and patterns on the ceiling and walls. Joan decided that she would talk to someone every time she had a hallucination, so she told her friends and her sisters.

Joan said: “When I told my sisters what was happening to me, they thought I had lost the plot and they wouldn’t talk to me about it. I explained to them that I’m not going senile, I’m not mental - this is a real condition, and they must understand that, but they couldn’t get their heads around it. Even still they won’t talk to me about it and they change the subject if I bring it up. It’s hard and it can be really isolating.”

However, Joan’s friends have been more supportive. One friend even suggested Joan draw her hallucinations, as she was an avid painter. Joan found it comforting to be able to process her hallucinations in this way.

There is currently not enough data to show how many people in the UK have Charles Bonnet Syndrome, but it is estimated to be hundreds of thousands, with some experts saying it could be as many as one million. In spite of this, scientists still do not understand why these hallucinations occur. There is also little awareness about the condition, and those who experience it often report that they were never made aware that this was something common in people with sight loss.

Joan is joining Fight for Sight in urgently calling for more funding to be invested in vital research for Charles Bonnet Syndrome.

Joan said: “Eye research is so necessary to help bring an end to sight loss and Charles Bonnet Syndrome. I hope that one day with enough research, a cure can be found for this condition.”

Give a life-changing donation today.

Please donate today to help us fund cutting-edge research to understand this complex and devastating condition. 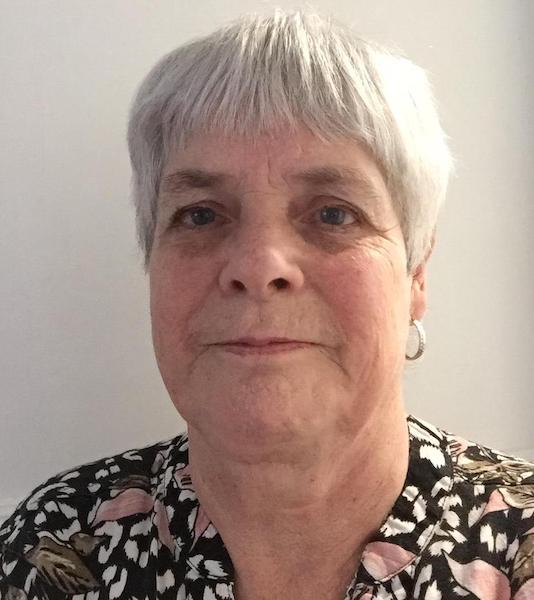