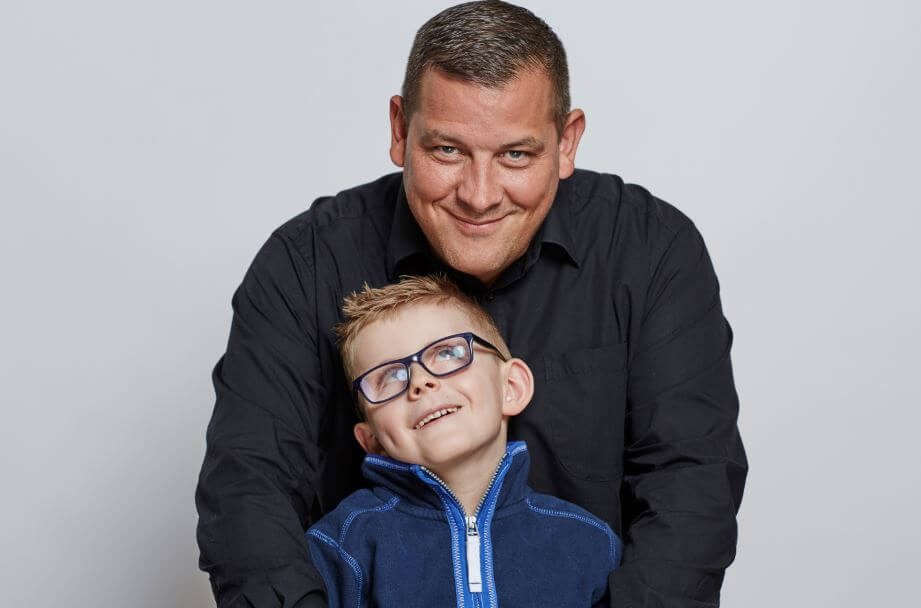 Jackson was diagnosed with Leber congential amaurosis, a retinal degenerative condition, in 2008 aged two and half months.

Find out how the Leber congenital amaurosis research we fund will have a huge impact for people like Jackson who are living with the condition.

What is Leber congenital amaurosis?

Leber congenital amaurosis (LCA) is the term used for a group of inherited eye conditions that cause blindness or severe vision loss in early childhood. It is one of the most common causes of blindness in children, affecting around two or three of every 100,000 newborns.

LCA mainly affects the retina, which is the specialised light-sensitive layer that lines the back of the eye. It affects the light-sensing cells called photoreceptors which play a vital role in making eyesight possible by converting light into electrical signals that are transmitted to the brain. When these cells stop working properly or are lost, this leads to sight loss.

There are several different types of LCA, which are distinguished by their genetic cause, patterns of sight loss and related eye abnormalities. Some people will experience little change to their sight over time, but the symptoms will gradually worsen for others.

Scientists have so far identified at least 27 different genes that cause LCA. Faults in these genes account for about 80 to 90 per cent of cases of LCA – and so it is likely that more are yet to be identified. The most commonly affected genes are CEP290, CRB1, GUCY2D and RPE65.

Each of the genes associated with LCA provides the instructions for making various proteins that play important roles in the healthy development and functioning of the retina, at the back of the eye. For instance, some are essential for the correct development of photoreceptor cells while others are involved in converting light into electrical signals. Faults in these genes disrupt the smooth working of the retina, resulting in sight loss.

What are the signs and symptoms of Leber congenital amaurosis?

Babies affected with LCA are usually born with very poor sight. Within their first few months, parents will often notice they aren’t responding to visual cues and also have involuntary eye movements (known as nystagmus). Often a child will habitually poke, press and rub their eyes with a knuckle or finger, which may contribute to their eyes looking sunken or deep-set.

Less commonly, a child may have a range of other sight symptoms, which include keratoconus (an abnormal shape to their cornea at the front of the eye), cataracts (clouding of the lens of the eyes), an aversion to light (photophobia), crossed eyes (strabismus), enophthalmos (the eyeballs are dislocated backwards), extreme farsightedness, and pupils that don’t react normally to light. As the retina breaks down over time, this can also lead to abnormal changes to the pigment at the back of their eye.

In rare cases, a child may have symptoms affecting other parts of the body including kidney disease, hearing loss, intellectual disability and/or development delay – although this may indicate that they have a related syndrome rather than LCA.

How is Leber congenital amaurosis diagnosed?

A test known as electroretinography (ERG) can help doctors to assess how well a child’s retina is working. Infants with LCA will have abnormally low or no electrical activity due to problems with their photoreceptors.

Genetic testing can help to confirm a diagnosis of LCA. This can also provide information about the inheritance pattern of the condition and risks to other family members.

How is Leber congenital amaurosis treated?

Unfortunately, there is currently no cure for LCA. However, the development of gene replacement therapies and other potential new treatments are offering hope for patients. It is important to note that these are gene specific.

In 2017, the gene therapy voretigene neparvovec (brand name Luxturna) was approved by the US Food and Drug Administration (FDA) to treat sight loss caused by faults in the RPE65 gene. Luxturna aims to deliver healthy copies of the RPE65 gene into the patient’s retinal cells, restoring the levels of an enzyme needed for the healthy functioning of photoreceptor cells. The results of clinical trials have demonstrated that the treatment can prevent further sight loss and restore some functional vision in patients with LCA.

In November 2018, the European Medicines Agency (EMA) approved Luxturna, making it the first and only gene therapy available in Europe to treat inherited retinal disease. In the UK, there are now ongoing discussions at a national level to determine pricing and access to treatment before it can be made available for patients with this type of LCA.

There is much ongoing research into finding the remaining genes that cause LCA and developing new treatments that can slow down or reverse sight loss.

Scientists are investigating several gene therapies that could benefit people with faults in genes that cause LCA. For example, Fight for Sight helped to fund the initial research that led to the world’s first clinical trial of a potential new genetic technique for patients with LCA caused by faults in the CEP290 gene.

The research team based at University College London worked with scientists from ProQR Therapeutics, Netherlands, to design a treatment called sepofarsen and showed that it worked in a model derived from a patient’s stem cells.

As part of the clinic trial, ten patients had one of their eyes regularly injected with sepofarsen, with their other eye left untreated. Early results so far look very promising, showing that sepofarsen seems to be safe and can improve the sight of severely visually impaired patients. This provides hope that this new genetic therapy could become a safe and effective treatment for more people with this type of LCA caused by a specific inherited change in CEP290 in the future.

Other approaches include developing new small molecule drugs – and stem cell-based therapies, which involve transplanting new retinal cells into the eye to replace those that are damaged.

Read more about the LCA breakthrough

Some people with LCA may benefit from low-vision aids to help maximise their remaining sight, such as electronic, computer-based and optical aids.

If someone in your family is affected with LCA, you can access genetic testing along with support from a genetic counsellor. As well as helping you to make informed medical and personal decisions, a genetic diagnosis will also provide up-to-date information about potentially suitable new treatments that are currently in development.

We would be delighted to speak with, provide you more information, and help you start your fundraising journey with us. Through setting up a Family Fund you can direct all the funds you raise to the condition most pertinent to you. Please contact Ruby Beaumont, our Events & Community Fundraising Officer, for more information and an introductory chat: 0203 828 2934 | ruby.beaumont@fightforsight.org.uk 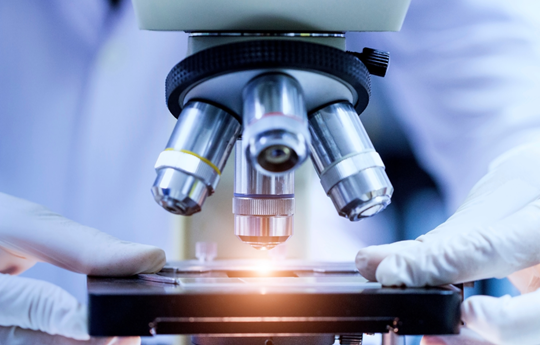 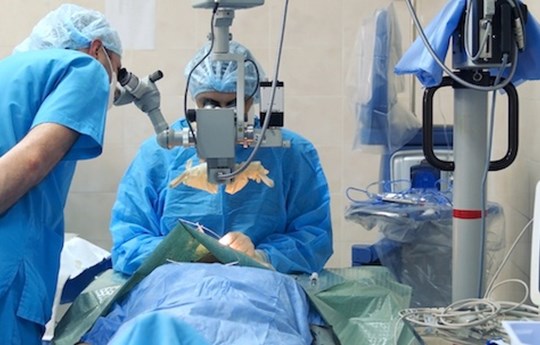