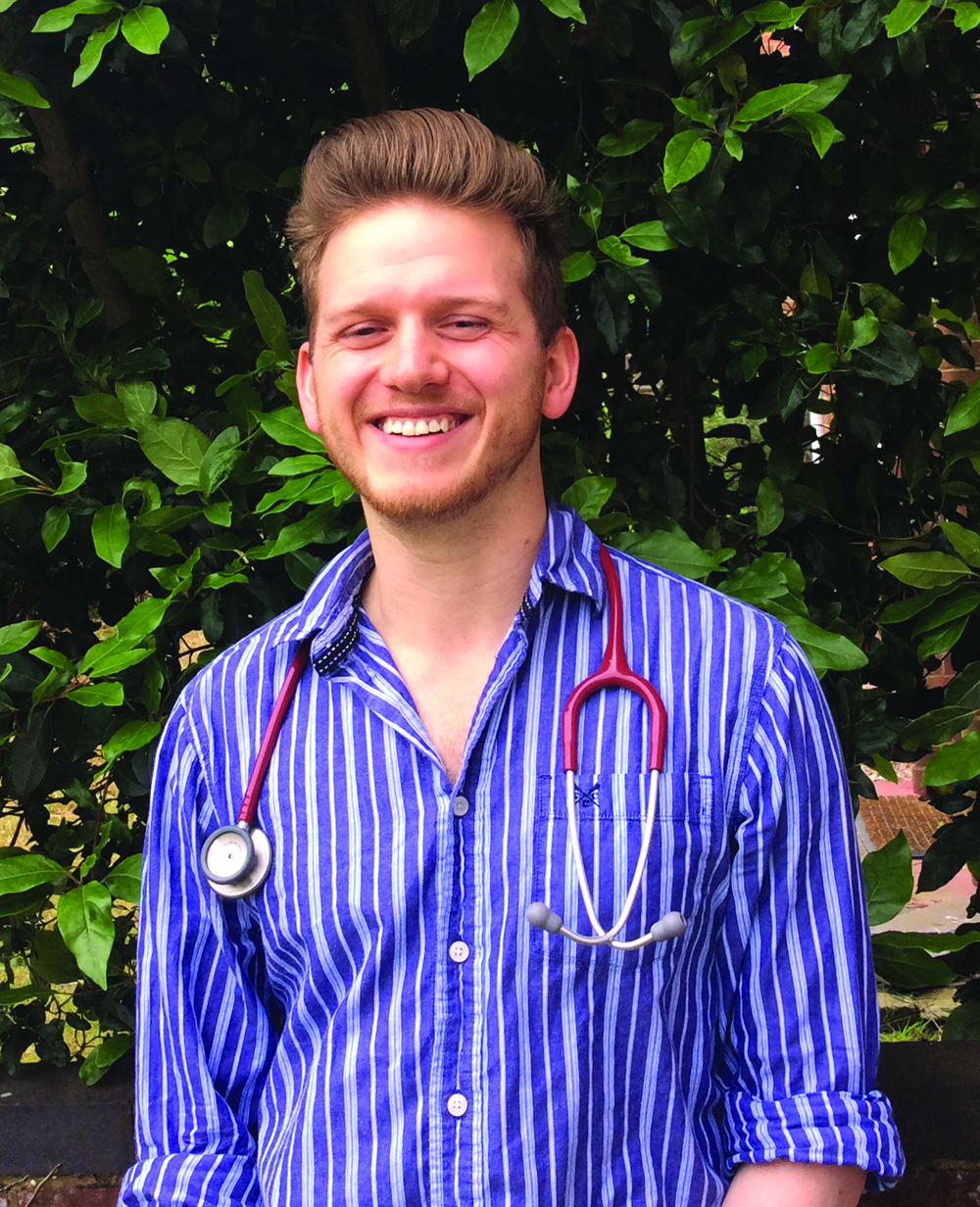 Newly qualified doctor, Declan Murphy (25), is working with Fight for Sight to raise awareness of the importance of eye donation – after a corneal transplant changed his life and enabled him to become a doctor.

When he was 12 years’ old, Declan was diagnosed with progressive degenerative eye disease keratoconus, a condition affecting around one in 375 people that can lead to blindness.

Declan’s vision got progressively worse as he got older: he recalls finding his GCSEs and A-levels extremely difficult to complete due to his poor vision. His quality of life was severely impacted.

Eventually it was decided Declan was to have a corneal transplant, after his failing eyesight made it practically impossible for him to continue with his degree course. Without it, he wouldn’t have been able to practise medicine. Declan is now about to start a research rotation with Northumbria NHS Foundation Trust and hopes to become an ophthalmologist specialising in the treatment and research of eye conditions. He is extremely grateful to the person who donated their eyes.

A corneal transplant can be used to improve sight, relieve pain and treat severe infection or damage.

One of the most common reasons for a cornea transplant is Declan’s condition, keratoconus.

Keratoconus is a condition that affects the cornea, the clear front surface of the eye. The cornea becomes thinner and more cone-shaped over time, instead of having a rounder curve. The change of shape causes blurred and distorted vision in the early stages, whilst in the late stages there can be an increase in blurred and distorted vision, poor night vision, halos and ghosting around lights.

Shortage of corneas available for transplant

According to NHS Blood and Transplant’s Eye Bank Manager (April 2019), there are currently 279 corneas in the eye banks. Their target is to have around 350 at all times, in order to meet need of 100.

According to a Fight for Sight YouGov poll, a staggering 44% of us declared eyes as the body part we would least like to donate when selecting from a list of organs. Only 4% said the same for their heart and lungs and 2% for their kidney or liver. Just 42% said they would consent to donate the eyes of a loved one after they died.

According to the poll, reasons for reluctance to donate include the personal and squeamish factors associated with eye donation, with over half of those polled (52%) saying they wouldn’t donate their eyes because they feel too personal, and over a third (33%) of people saying the idea makes them feel too squeamish.

Encouragingly, after being informed of the significant shortfall of corneas available for transplant in the UK and the benefits of corneal donation in improving quality of life, over half (51%) of people who initially said they would be least likely to donate their eyes went on to say they would be likely to donate – showing that when presented with the facts, public attitude towards eye donation can change.

The Organ Donation (deemed consent) Act, also known as Max and Keira’s Law, was given Royal Assent on 15 March 2019 - meaning that from Spring 2020, all adults in England will be considered potential organ donors unless they choose to opt out or are in an excluded group. Family members will also be able to continue to refuse consent on behalf of their loved ones after their death.

Fight for Sight is raising awareness of the life transforming effect of an eye donation, which can restore independence for thousands of people through a corneal transplant. The cornea is the transparent ‘window’ at the front of the eye and it can be damaged in a number of eye conditions, with a serious impact on sight.

Declan said: “I am extremely lucky to have benefited from a corneal graft and to have been able to pursue my medical career. I’m hugely grateful to the donor who donated their eyes and I often think of them. I’m working with Fight for Sight to raise awareness of the importance of eye donation in helping to save the sight of people like me.

“Donating your eyes once you die can have a life-transforming effect for those with a corneal condition and to be able to give the gift of sight is a really wonderful thing.”

Neil is the Director of Research and Innovation at Fight for Sight and has been exploring research into keratoconus to make a meaningful difference to people’s lives in the UK. Watch his video below.