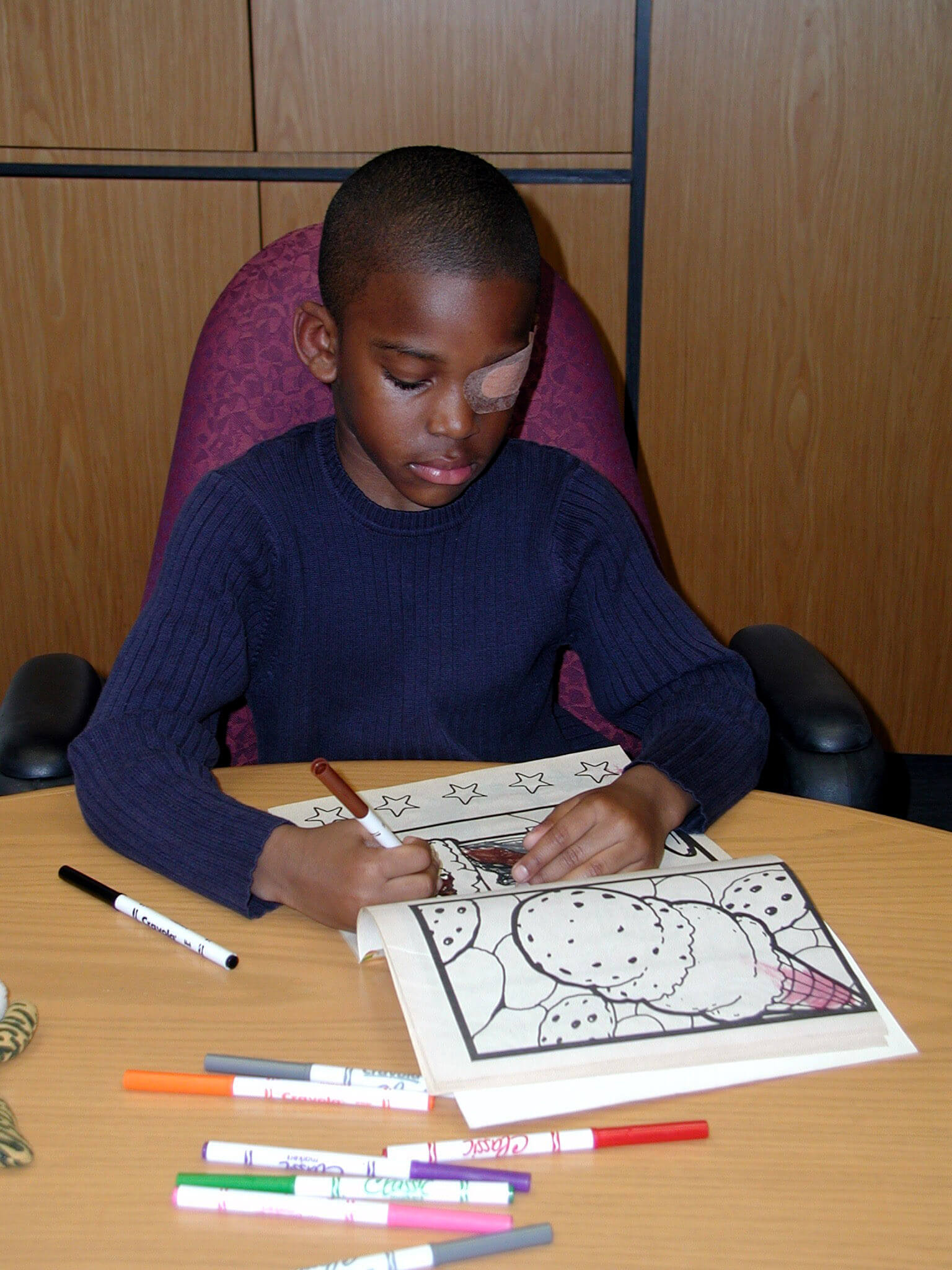 Childhood eye-patch treatment can be very effective and may also work for adults too.

Research published in the journal Current Biology show that exercise may help the brain re-wire. This could be important for people with amblyopia, otherwise known as ‘lazy eye’.

Amblyopia is a condition in which people have poor vision because the brain ignores input from one or both eyes. This can lead to permanent sight loss if it’s not treated.

But learning, memory and brain repair all depend on the ability of nerve cells to change with experience. This ability is known as brain ‘plasticity’.

Adult brains are plastic too

Plasticity happens most easily in early childhood, but recent studies in adults have shown that the visual brain still has significant ability to re-wire. Blocking the input from one eye changes the brain so that the ‘deprived’ eye gets a boost. For a short while afterwards it becomes dominant and the brain pays more attention to it than the other eye.

Animal research has shown that exercise boosts plasticity in the visual parts of the brain. So researchers at the University of Pisa in Italy wondered whether exercise might also increase this plasticity in human adults.

In this study the team asked 20 participants to watch a film with one eye covered by a patch while sitting still. Then they did it again, but this time participants cycled on an exercise bike for 10 minutes at a time.

Say what you see

Measuring plasticity was done by showing participants two images that didn’t match up – horizontal bars to one eye and vertical bars to the other. This makes the brain switch what we see from one eye to the other, instead of combining them. Participants were asked to say whether they could see horizontal or vertical bars at regular intervals during the 2 hours after eye-patching.

Results showed that the effect of eye-patching was much stronger during exercise than when sitting still. The research team thinks this could be helpful for adults with amblyopia.

“One of the key questions identified by the Sight Loss and Vision Priority Setting Partnership was whether vision can be corrected later in life for people with amblyopia. So these are exciting results as we’ve already seen some success in using a binocular approach to the treatment of amblyopia in adults,” said Dr Dolores M Conroy, Director of Research at Fight for Sight. “However, it’s not at all clear whether, how or for how long a combination of exercise and patching might work in adults with amblyopia. I'm looking forward to the results of follow-up research.”