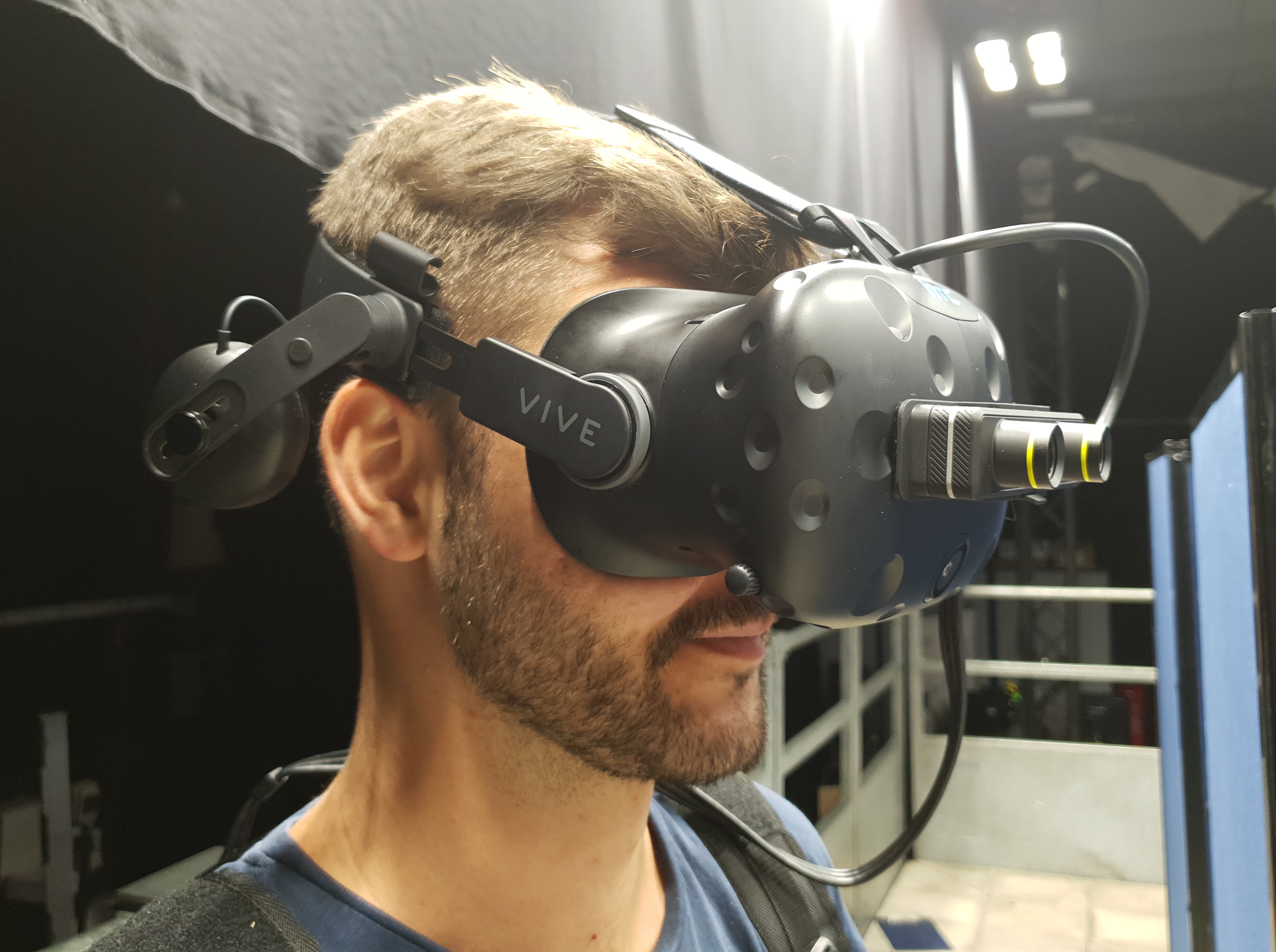 A new study, part-funded by Fight for Sight, has shown that modern virtual and augmented reality devices can help identify some of the key difficulties experienced by those living with glaucoma.

It is hoped the findings can help policymakers better assess the impact of sight loss on patients, and help architects to design more accessible buildings.

Twenty-two volunteers who did not have glaucoma took part in the study at City University of London. Participants wore a head mounted displays (HMD) while performing various tasks in either virtual or augmented reality.

In the virtual reality task, the participants were placed in a simulation of a typical, ‘cluttered’ house, where moving their eyes and head allowed them to look around it in order to find a mobile phone hidden somewhere in the house. In the augmented reality task, participants navigated a real-life, human-sized ‘mouse maze’, which they viewed through cameras in the front of the device.

Sensors in the device tracked the position of each participant’s eyes, allowing the software to generate a blurred area of vision, known as a ‘scotoma’, that obstructed the same portion of their visual field, wherever they looked. The scotoma was created using medical data from a person living with glaucoma.

Researchers found that participants were slower to perform the tasks when the simulated sight loss was present, particularly when the scotoma obstructed the bottom part of their visual field.

Fight for Sight funded researcher Dr Pete Jones,from City, University of London, led the research. He said: “While it’s impossible to recreate exactly what it’s like to have glaucoma, our findings suggest that digital simulators can at least allow people to experience some of the challenges that people with glaucoma face every day. We are now working with architects to explore whether sight-loss simulators can be used to design more accessible buildings and transport systems.”

Glaucoma is the name for a group of eye conditions that cause sight loss because of damage to the optic nerve – the nerve that connects the eyes to the brain. Around 60 million people are currently living with glaucoma, making it the second leading cause of blindness in the world.

Read more about our research