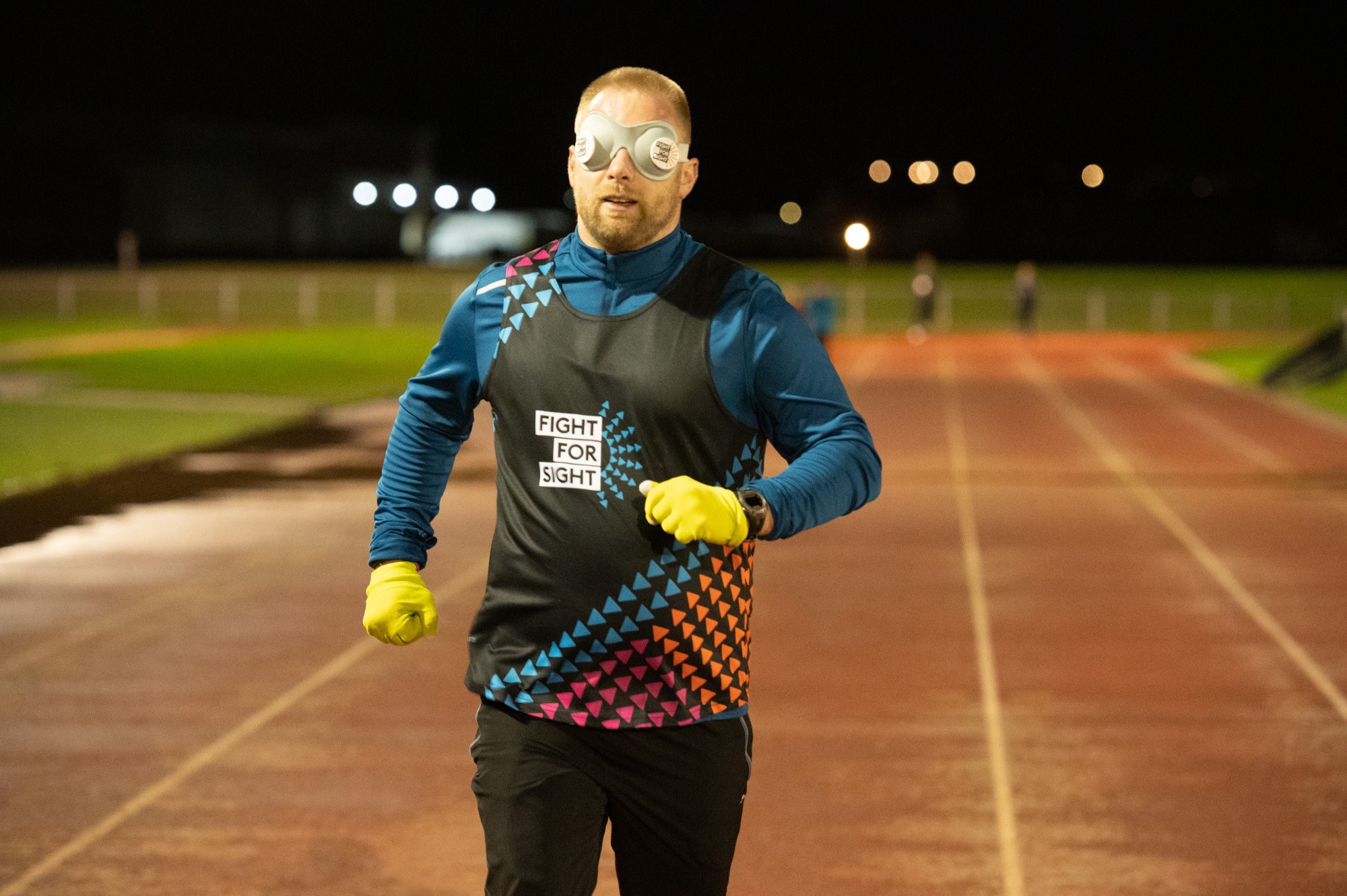 Hereford-based Ashley Winter (37), has taken on the Guinness World Record for a one-mile blindfolded run to raise money for Fight for Sight.

Ashley, an army welfare officer who served for 14 years, has the eye disease keratoconus – a rare eye condition in which the normally round dome-shaped clear window of the eye (cornea) progressively thins, causing a cone-like bulge to develop. This results in poor vision, and currently there is no cure.

Ashley ran the mile blindfolded in 10’ 11” at Hereford running track on Monday evening (24 February), in what he believes to be a new record. He now must wait for Guinness World Records to confirm the evidence, which can take several weeks. The event was organised in the run up to Rare Disease Day on 29 February to raise money for vital eye research that could lead to the next breakthrough for sight loss conditions like keratoconus.

Ashley was diagnosed with keratoconus in 2010 but he is determined not to let his sight impairment get in the way of his passion for adventure and regularly takes part in challenge events to test his endurance levels and physical strength in the face of his condition.

Ashley said: “Though I am not blind and have a driving licence, my eyes do give me a lot of discomfort and some days I can’t function even with my contact lenses in. By doing these challenges I want to prove to myself and to others with sight impairment what can be done if you put your mind to it. By raising money for Fight for Sight I hope to help find the next breakthrough in treating sight loss conditions like keratoconus.” 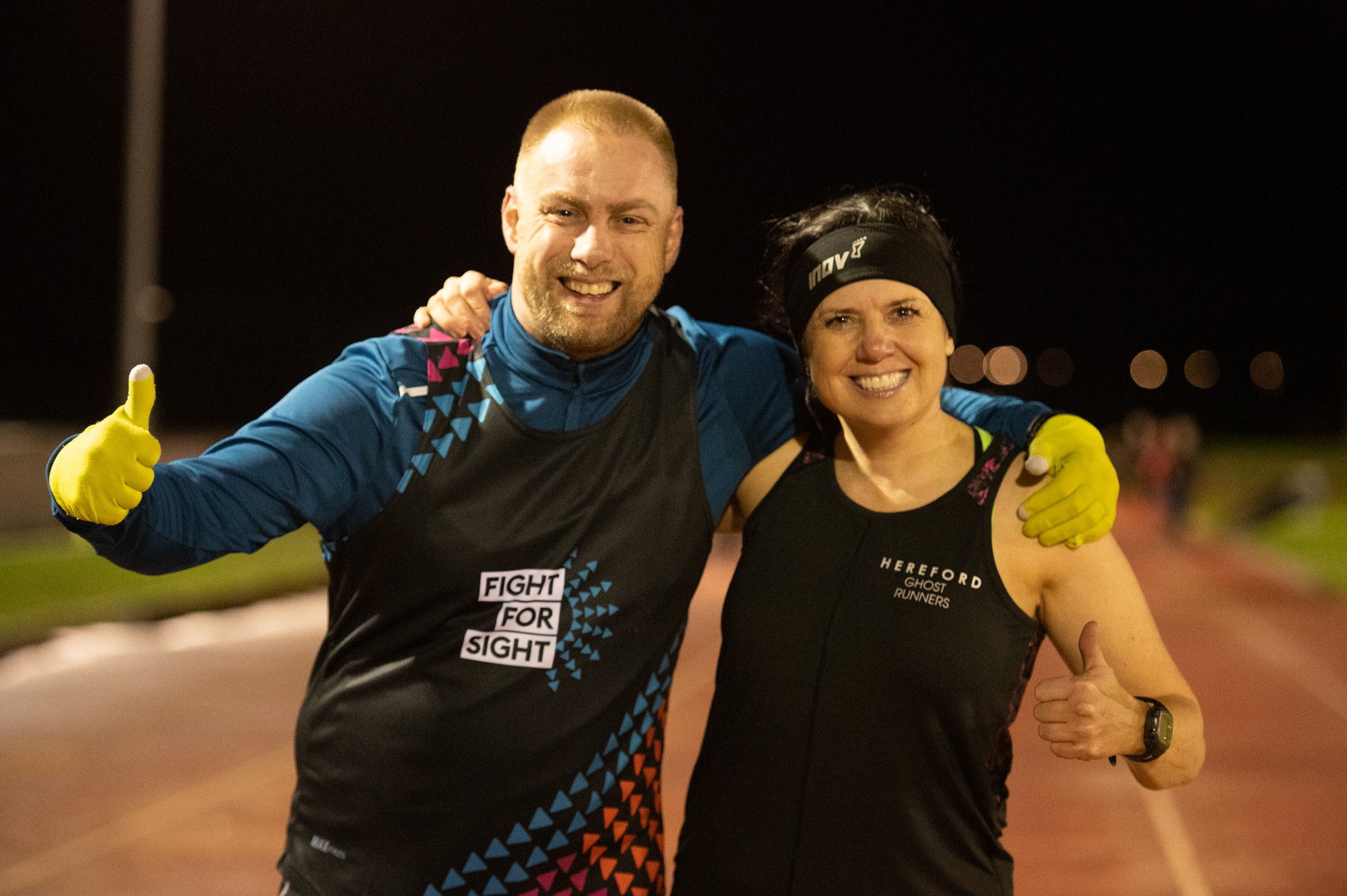 Ashley and his guide after the blindfolded run

Fight for Sight is currently funding researchers at Nottingham University who are using biological ‘markers’ to investigate the underlying nerve structures in keratoconus. Fight for Sight also recently contributed to research at Guys Hospital and Moorfields Eye Hospital to understand more about the effectiveness of a new treatment for keratoconus called corneal cross-linking.

Ashley has written his own book titled ‘Keratoconus and Me’ about overcoming adversity in the face of keratoconus, which he hopes will help others with the condition. All profits from the sale of the book go to Fight for Sight.

To donate to Ashley’s fundraising efforts, you can visit his Just Giving page here.

Listen to Ashley discussing living with keratoconus on the latest episode of our podcast Eye Research Matters: