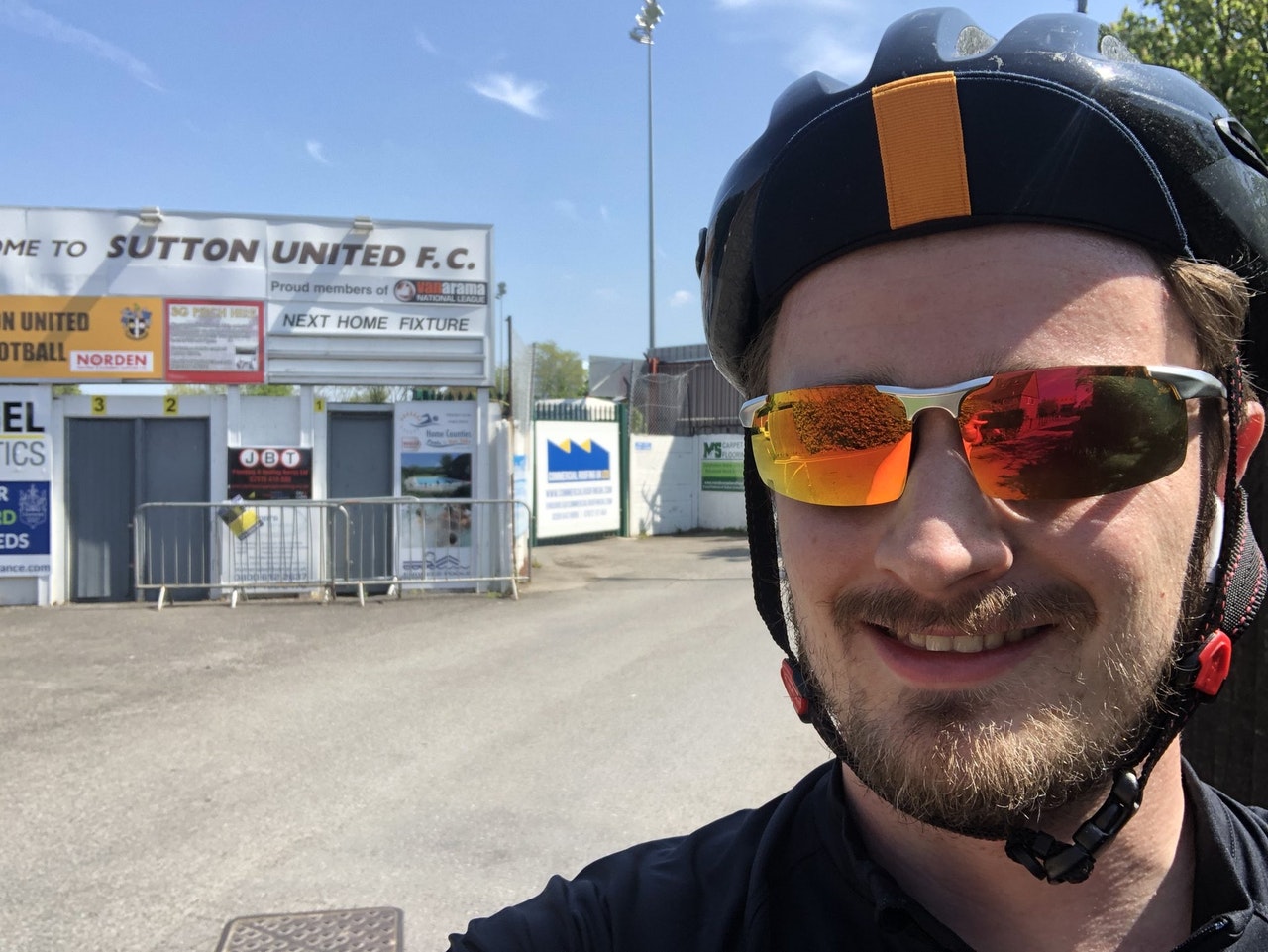 Fight for Sight supporter Matt Cusworth will cycle past 21 London football stadiums in a single day to raise money for pioneering eye research.

Matt, 26, will be joined by four of his friends on August 1st for the 130-mile route from Dulwich Hamlet’s Champion Hill to Chelsea’s Stamford Bridge.

The 21 stadiums account for all of the teams in London from the National League South and upwards to the Premiership.

Matt has chosen to raise money for Fight for Sight in memory of his late grandfather who lived the majority of his life with sight loss from his early 20s, until eventually going completely blind. Matt explained how his grandfather, Dr James Abson, was going for his pilot’s licence when he was told he had the inherited eye condition retinitis pigmentosa.

Matt said: “The diagnosis put an end to my grandfather’s plan to become a pilot, but he still went on to attend university and later complete a PhD and become a doctor of science. He spent the rest of his 20’s lecturing at University of Manchester, before going to work for an engineering company in his early 30’s where he worked until his retirement. Grandad always had a fantastic attitude, and he never let his eye condition get in the way of him living his life, even though I know it made things more difficult for him at times. He was a scientist himself so I knew he would want me to raise money to help fund pioneering research for new treatments and cures for sight loss conditions like his.”

Matt was inspired to take on the challenge after seeing so many fundraising events cancelled during lockdown.

Matt said: “During lockdown I wanted to set myself a bit of a challenge and I realised I hadn’t really seen most of the football grounds in London. It was around the time fundraising events like marathons and cycling events were all being cancelled – so that stepped my inspiration up. I particularly wanted to choose a charity that wasn’t in the spotlight and whose fundraising income will have been negatively effected by the pandemic.”

Director of Engagement at Fight for Sight, Sarah Campion said: “We are so grateful to Matt for taking on this challenge and fundraising for us. Eye research was already a hugely underfunded area and this has only been made worse during the Covid-19 pandemic. It’s through our fantastic supporters like Matt sticking by us during this difficult time that we will be able to continue the fight against sight loss. We know that researchers are on the cusp of breakthroughs and we can’t let Covid-19 affect our long-term mission – to create a world everyone can see.”

Matt estimates the trip on August 1 will take between 11 and 12 hours. 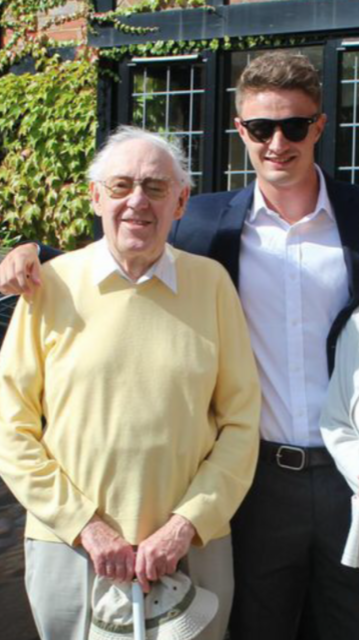 Matt and his grandfather.
Donate to Matt's fundraiser Read more about our research