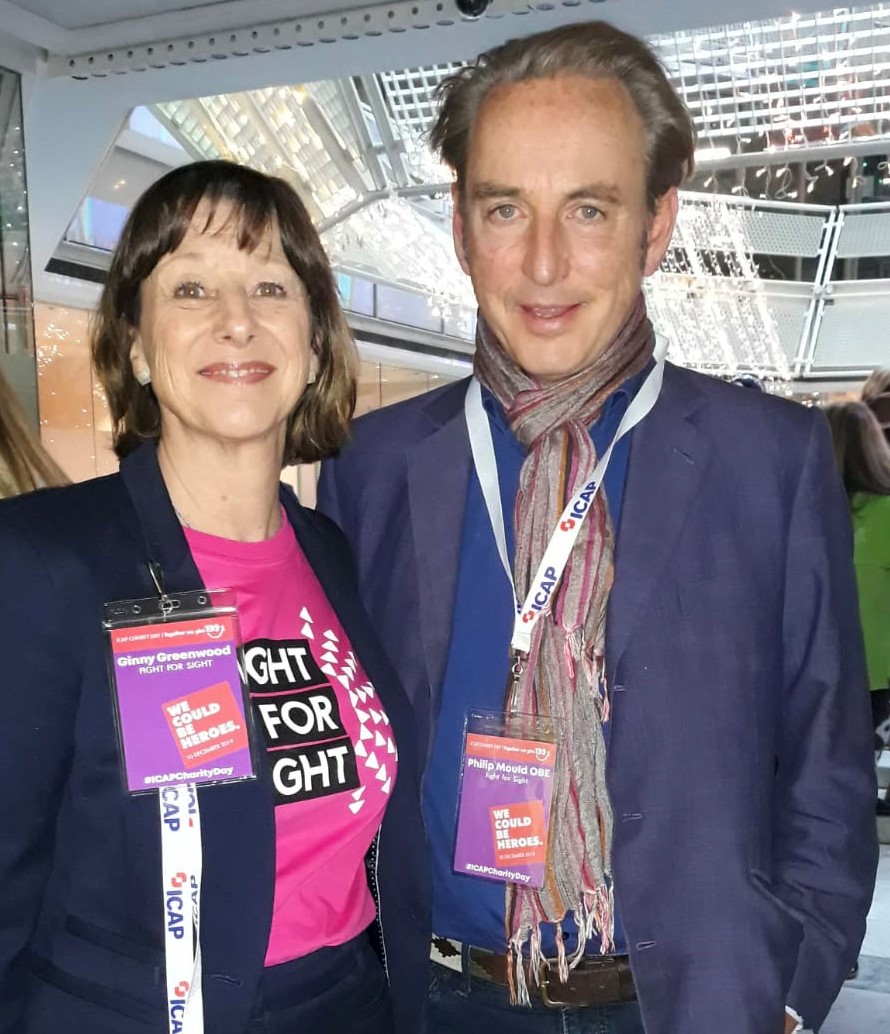 Fight for Sight trustee Ginny Greenwood has been appointed MBE for her decades of dedication to charity work.

Ginny, who lives in West Hampstead, has served on Fight for Sight’s board of trustees for four years. Ginny has a close personal connection to sight loss, as her mother lived with age-related macular degeneration for many years.

Ginny has been fundraising for charities for 30 years, which she estimates has raised around £17 million across 15 charities. In 2008, she completed a skydive to raise money for Fight for Sight.

Ginny said: “I am thrilled and deeply honoured to receive an MBE in recognition of my charity work. I have been fortunate to work with many, many remarkable people who have supported and inspired me over the years. I hope this honour will raise more awareness for Fight for Sight, a charity which is very close to my heart. It’s such an exciting time in eye research, with the possibility of so many breakthroughs for people with sight loss."

Chief Executive of Fight for Sight Sherine Krause said: “We are so proud of Ginny and her hugely-deserved MBE. Ginny has been a fantastic trustee and supporter of Fight for Sight for the last four years and we are thrilled that her dedication and commitment to the charity sector has been recognised. We are lucky to have her support as we work to stop sight loss through pioneering research. Congratulations to Ginny!”