Gut microbes can influence the risk of wet AMD 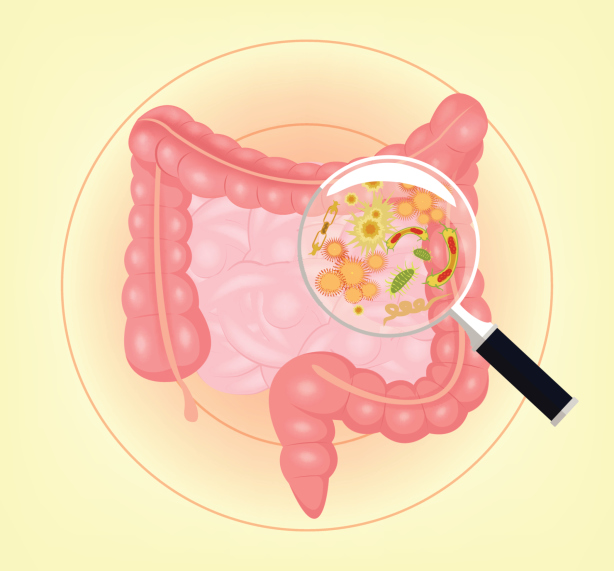 Microbes in the gut influence the risk of developing wet age-related macular degeneration (AMD), according to new research in mice. Researchers at the University of Montreal in Canada think that it may be possible to prevent or delay the condition by changing the balance of gut microbes with diet or medication.

AMD is the most common cause of blindness in people over 65 in the UK. It involves damage to the macula – the centre of the light-sensitive retina at the back of the eye.

About 1 in 10 people have wet AMD, which is more of a threat to sight than the dry form. In wet AMD unhealthy new blood vessels grow under the macula, leaking blood and fluid.

Recent evidence shows that in men, being overweight around the stomach is the second most important environmental risk factor for developing wet AMD. (The most important is smoking.) The researchers wanted to understand why.

There is some evidence that high-fat diets can change the balance of microbes that live in the gut. So in this study the research team compared the effect of a high-fat diet with a lower-fat diet on mice with symptoms that mimic wet AMD.

Gut microbes from high-fat diet mice were transplanted into low-fat diet mice and vice versa. This was to see what effect the microbes would have independently of weight gain.

The high-fat diet microbes made progressing to late-stage wet AMD more likely. The researchers found that the microbes make the intestines more permeable and lead to long-term, low level inflammation throughout the body. Ultimately this inflammation leads to new blood vessels in the eye.

“This is an interesting study that shows that modifying the gut microbiome may provide a way to prevent or delay wet AMD,” said Dr Dolores M Conroy, Director of Research at Fight for Sight.

The research was published in the journal EMBO Molecular Medicine.