The drug ablifercept has been approved as the first choice NHS treatment for sight loss due to a blood clot in a branch of one of the eye’s key veins. The National Institute for Health and Care Excellence (NICE) has judged that the drug is more cost effective than the previous first line treatment with laser surgery. 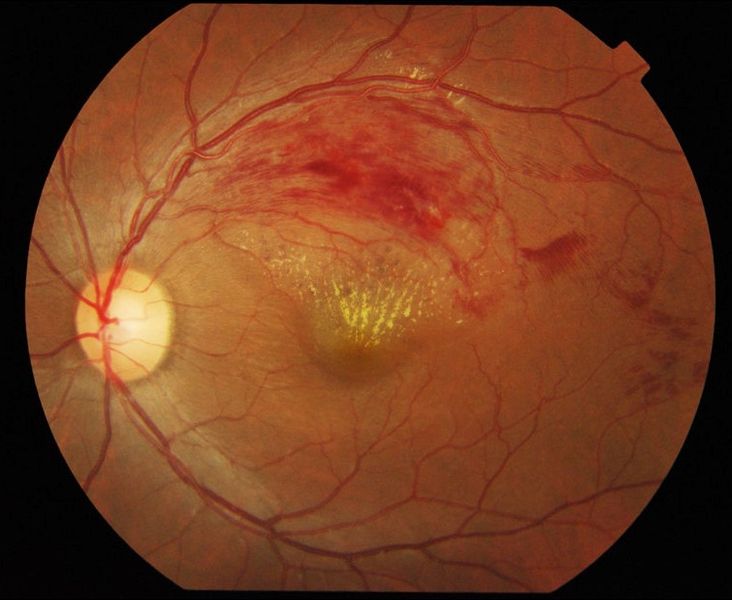 Branch retinal vein occlusion is the name for a blockage in any of the branches of the main vein that serves the light-sensitive layer of the eye (the retina). If the vein is blocked (usually by a blood clot), pressure can build-up in blood vessels nearby. This can lead to blood and fluid leaking underneath the macula (macular oedema). The macula is the central part of the retina.

If macular oedema due to branch retinal vein occlusion is untreated it can have a serious impact on vision. The decision by NICE means that over 13,000 people can now have early access to the drug, which is marketed by pharmaceutical company Bayer under the name Eylea.

Eylea is given by injection and works by making blood vessels less leaky and stopping new blood vessel from growing. It’s also licensed in the UK for treating wet age-related macular degeneration, visual impairment due to diabetic macular oedema and a common complication of severe short-sightedness (myopic choroidal neovascularisation).

“We welcome the decision by NICE to make Eylea the first-line treatment to prevent sight loss due to branch retinal vein occlusion,” said Dr Dolores M Conroy, Director of Research at Fight for Sight. “It should make a significant difference to thousands of people, particularly as the evidence is that the injection is more effective when given before laser surgery, rather than as a last resort.”

Fight for Sight has recently funded a research project at Queen’s University Belfast looking at how to prevent the unhealthy blood vessel growth that can lead to sight loss in branch retinal vein occlusion and other similar conditions. Dr Reinhold Medina Benevente and team have shown that repairing the blood vessels with stem cell therapy works in principle. They are now trying to develop this approach into a treatment that could be used in the clinic.

Could stem cell therapy be used to treat sight-loss early?

Aiming to repair blood vessel damage to the light-sensitive part of the eye.