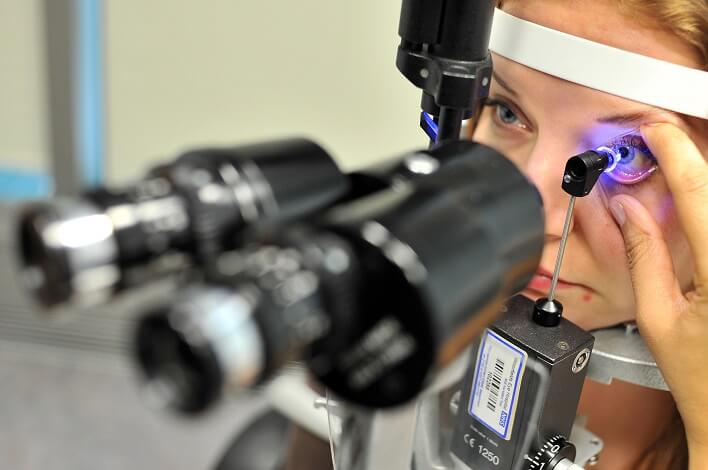 Researchers with funding from Fight for Sight have discovered a new retinitis pigmentosa gene. Results from the international study point to a biochemical pathway that was previously unknown to be important for the eye to detect light.

Unknown cause for 1 in 4

Retinitis pigmentosa (RP) is the most common form of inherited retinal disorder. It affects 1 in 4000 people. Around 1 in 4 people with RP do not have a specific diagnosis to say which gene is at fault.

In RP, light-detecting photoreceptor cells in the retina at the back of the eye stop working over time. Eventually, they die. It starts with the photoreceptors that are active in low light – the rods – and may later progress to the ‘cones’ used for seeing colour and detail.

In the current study, the research team used whole genome sequencing to search for new RP genes. They discovered 6 different faults in the gene that has instructions for making receptor expression enhancer protein 6 (REEP6). The faults turned up among five unrelated families in the UK and USA.

The researchers used gene editing to confirm that the faults in REEP6 cause rod photoreceptor cell degeneration. Gene editing involves targeting a precise point in a gene to insert or cut out a sequence of DNA.

Dr Dolores M Conroy is Director of Research at Fight or Sight. She said:

“We are very pleased to see that more families with inherited retinal blindness are able to have a specific genetic diagnosis. This is both the start of better information around which to plan the future and an important first step on the road to developing treatment.

“The collaborative working between major centres of genetic research as supported by the RP Genome Project co-funded by Fight for Sight and RP Fighting Blindness is progressing as we intended.”

Results are published today in the Americn Journal of Human Genetics.