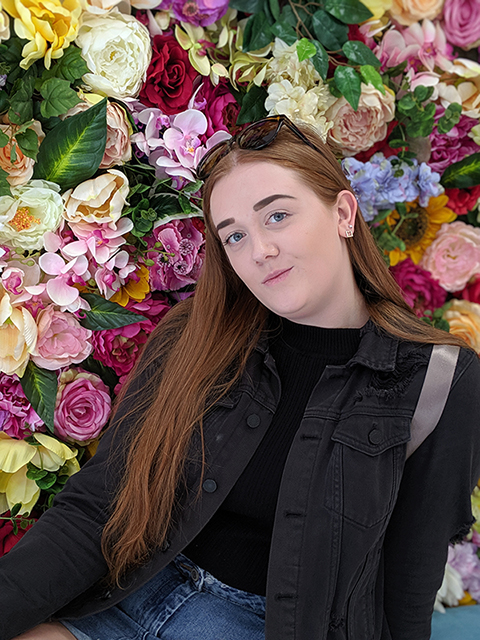 18-year-old Megan from Peterborough was diagnosed with retinal pigment damage in 2017.

Now she’s organising a number of fundraising events to raise money for research into sight loss conditions like hers.

After having relatively good eyesight throughout her life, Megan first noticed two years ago that it was more difficult to see the board at school. Thinking she needed glasses, Megan went to the optician for an eye test. She was shocked to discover there had been a dramatic change to how much of the eye chart she could read.

Megan was referred to Oxford Eye Hospital where she saw Dr Issa and his specialist team and underwent genetic and specialist testing. It was discovered that a variant in one of the genes in her eyes was causing the problem, but there was no current explanation as to why.

Megan found it difficult to come to terms with the diagnosis at first.

She said: “I felt down and anxious when I was first diagnosed. I wanted to keep it to myself because I felt like people don’t want to talk about it. It was so difficult being 16 and finding out I had this condition that was going to cause me to start losing my sight. I thought sight loss was only something that happened to older people, but it’s not at all. So many people are going through it.”

There is currently no cure for Megan’s condition, but she is undergoing regular tests at Oxford Eye Hospital in the hope a treatment will soon be found. Fight for Sight fundvital early-stage research into a range of conditions that have already led to new treatments for some retinal diseases, and with more funding further breakthroughs are possible.

Megan said: “This is why I chose to raise money for Fight for Sight because they fund so much research into sight loss conditions and searching for treatments. A breakthrough could help so many people, not just me.”

Megan will be hosting a charity rugby match on Boxing Day between Throney RUFC v Peterborough Welsh to raise money.

To support Megan you can visit her Just Giving page - https://www.justgiving.com/fundraising/megan-davies32