A look at some potential ways to improve vision in AMD and after eye cancer and at new technology to correct refractive error. 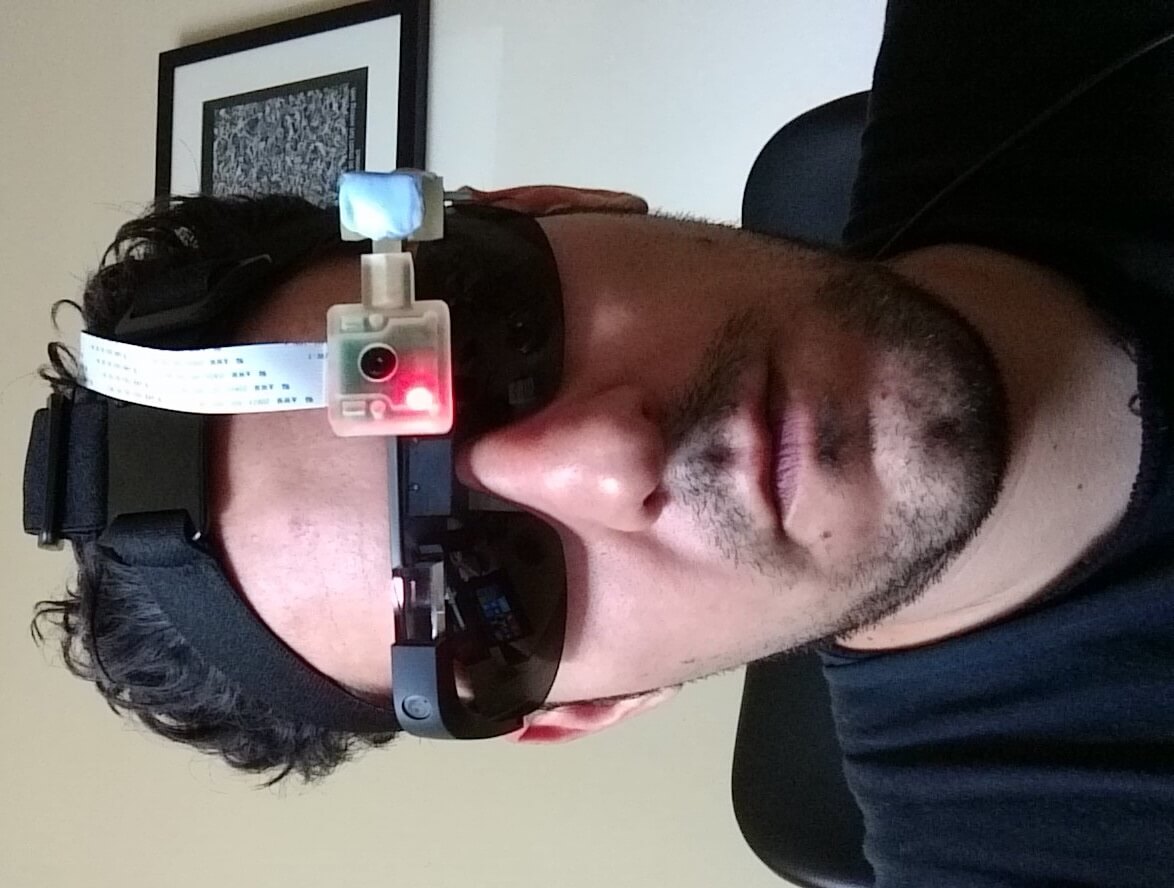 Dr Andreas Artopoulos wearing the research version of his device.

Making a pair of specs is a more complex process today than when they were invented in 13th century Italy. Lenses that would once have been milk-bottle thick are now thin and sleek and anti-UV. And, my big round red 1980s specs aside, it’s possible to look alright too. But they have essentially remained a low-tech solution to correcting vision.

That may be about to change. There are some high-tech, non-invasive devices in development and on the market. Not just for people with refractive error, like short-sightedness or age-related long-sightedness, but also for age-related macular degeneration (AMD) and sight lost to eye cancer.

Almost 1000 people have an artificial eye fitted for the first time each year in the UK. With just one working eye, depth vision is gone. You lose peripheral vision on the affected side too. It’s harder to drive the car or avoid bumping into things.

Filming from the blind side

We’ve been funding Andreas Artopoulos and Trevor Coward at King’s College London for a pilot study to find out whether they can give a full field of vision back to people with one eye. Google Glass may not have got off the ground as everyday face furniture, but the team are taking advantage of its unique display. We’ll find out how they’ve been getting on early next year.

We also gave a grant to Gordon Morison and Anita Simmers at Glasgow Caledonian University to help develop an ‘augmented reality’ system to correct for the complex ways AMD affects vision. Detail goes first and vision becomes blurry. Then in later stages, vision becomes distorted – lines bend – and dark patches appear. This is all in the centre of the visual field, so reading and recognising faces become harder as time goes on.

The Glasgow team has been working on computer software that makes the edges of objects clearer. They’ve adapted the software from their first version so that it now runs on more affordable hardware. It’s still early days, but we’ll keep you posted. They’re hoping to make day to day tasks easier for people with AMD. 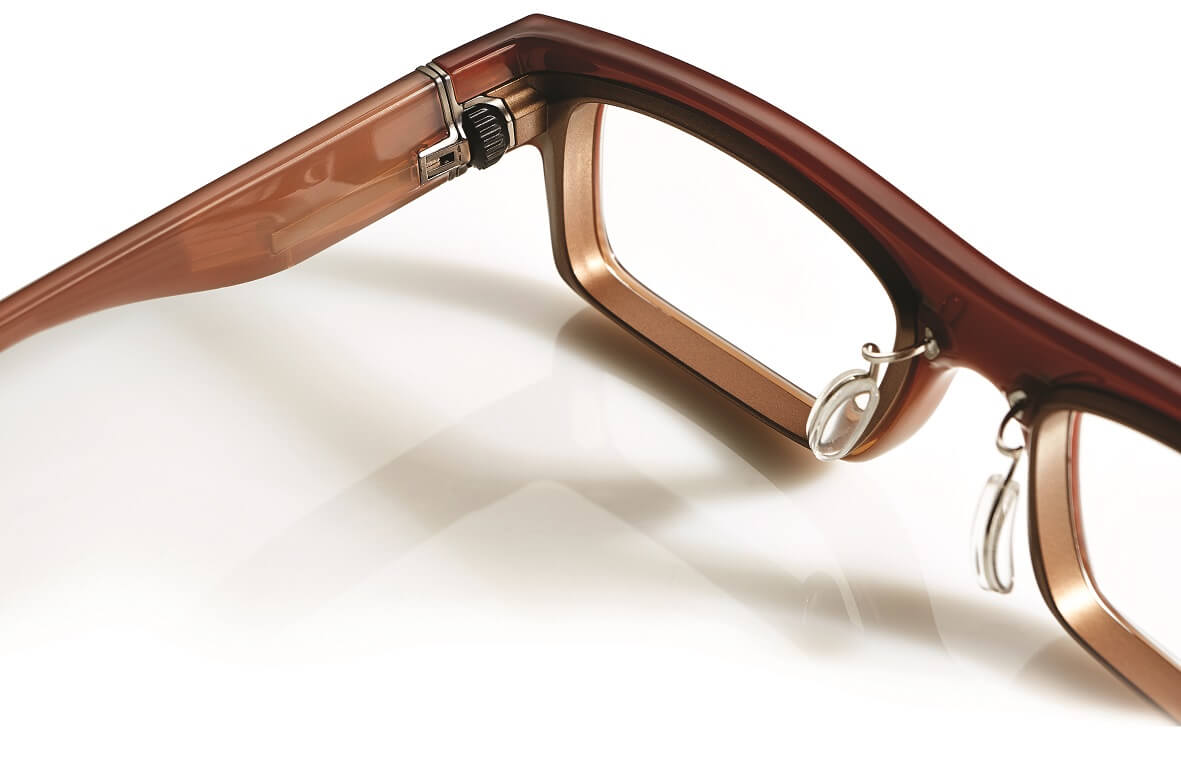 Turning the dial changes the focus.

Already out there for refractive error is a deceptively simple idea, from Fight for Sight’s new partner, Adlens. They make glasses that can be adjusted between near and far vision by turning a dial hidden in the frame. One of their styles uses Alvarez technology, two lenses for each eye that slide over each other when you turn the dial. The other uses a flexible lens system called Variable Power Optics. It’s based on what happens in the human eye to change focus, so as you turn the dial, the curve of the lens changes to adjust the optical power.

Why didn’t I think of that?!