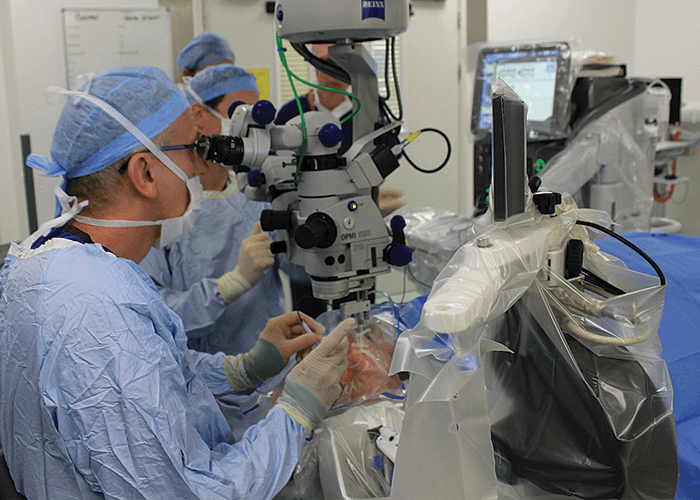 This month the Ophthalmologist (issue 916) features our very own Professor Robert MacLaren from the University of Oxford on the cover. He has been making history by performing the first ever robot-assisted eye surgery on a live human patient. This is very cool.

Prof MacLaren used the Preceyes system – a small and accurate robot, guided by the surgeon, with the aid of an OCT microscope bought by Fight for Sight, with thanks to the Tommy Salisbury Choroideremia Fund, and other funders. 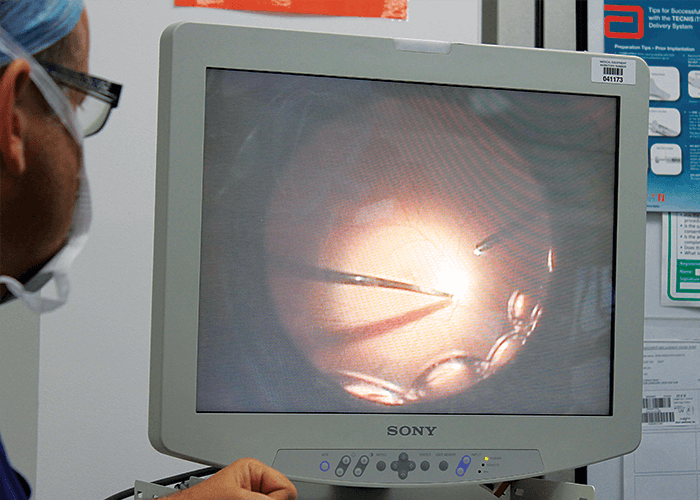 Here’s Prof MacLaren talking about the build up to the surgery and the team’s contingency plans in case anything went wrong!

He talked to the Ophthalmologist about how the patient was convinced to take part in the operation. 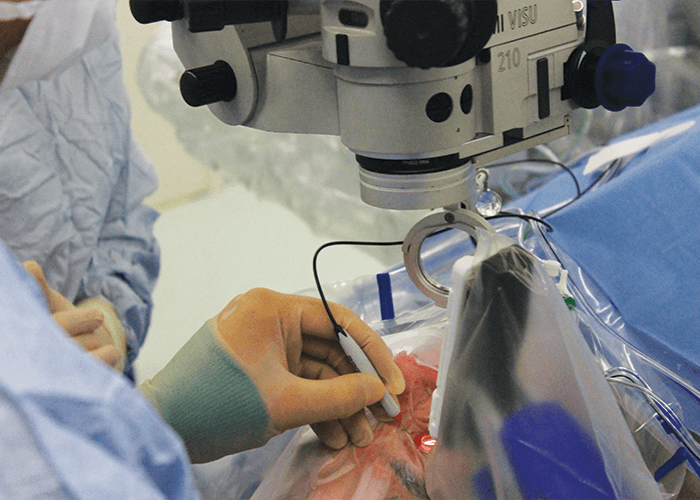 He also talked about future plans for how Preceyes can be used.

“We are going into it slowly. The ILM peel is a procedure in retinal surgery where absolute precision is required, so we were testing the machine to its limits by lifting the ILM without actually causing any hemorrhage in the retina. The next stage will likely be subretinal injections. Eventually we hope to incorporate this into a gene therapy program for injecting viral vectors.”