“It is really exciting to see the treatment in clinical trial and initial results are very promising, showing some real benefit to patients. I think this opens up the possibility of treating many forms of inherited blindness with drugs similar in design - small antisense oligonucleotides that are specifically to correct genetic faults.” 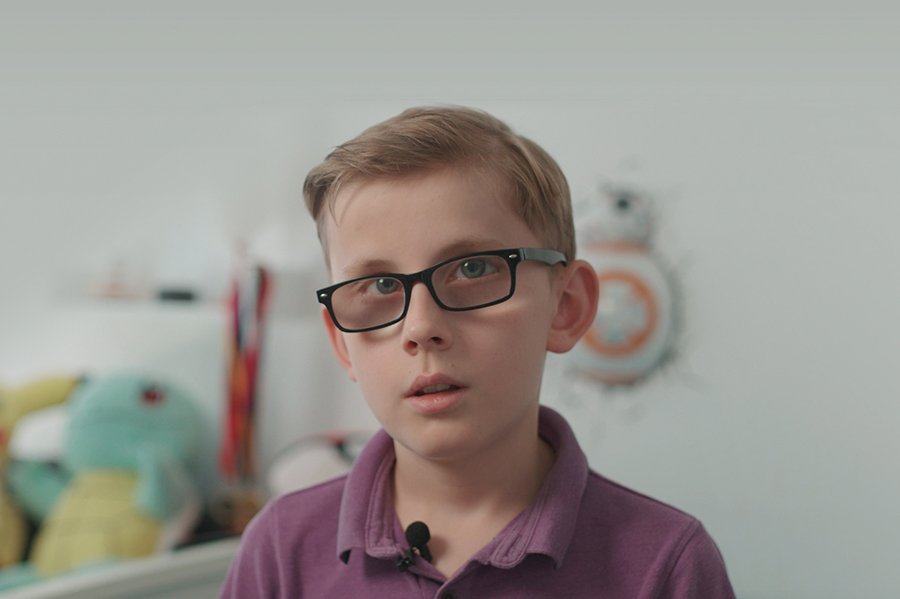 With more funding this discovery could help children like Jackson, who has a different type of LCA
Donate

A professor at the UCL Institute of Ophthalmology has pioneered a new genetic technique that successfully restored the sight of ten patients with the most common form of childhood inherited blindness in a clinical trial, in results published in Nature Medicine in December 2018.

Professor Mike Cheetham was focused on finding a treatment for one type of Leber Congenital Amaurosis, which affects two or three in every 100,000 new borns and eventually leads to blindness. Until now there has been no treatment.

What method did the researchers use?

Professor Mike Cheetham worked with scientists from ProQR Therapeutics in The Netherlands to develop the new technique. It uses a special ‘stealth’ molecule (called an antisense oligonucleotide) injected in to the eye to carry the correct genetic information into retina cells, restoring sight for patients with Leber congenital amaurosis 10 (LCA10).

Prior to starting the trial, Professor Cheetham grew ‘mini retinas’ in the lab to demonstrate that the genetic technique could work, in a study funded by Fight for Sight.

What impact could this have for people with LCA?

The trial had really promising results. One patient has responded exceptionally well and after six weeks of treatment was self-reporting substantial visual improvements and, for the first time in decades, was able to see lights with increasing clarity and brightness.

At four months the patient was able to read the first three lines of the standard ETDRS, showing the showing the visual acuity (clarity of vision) has improved from light perception to 20/400.