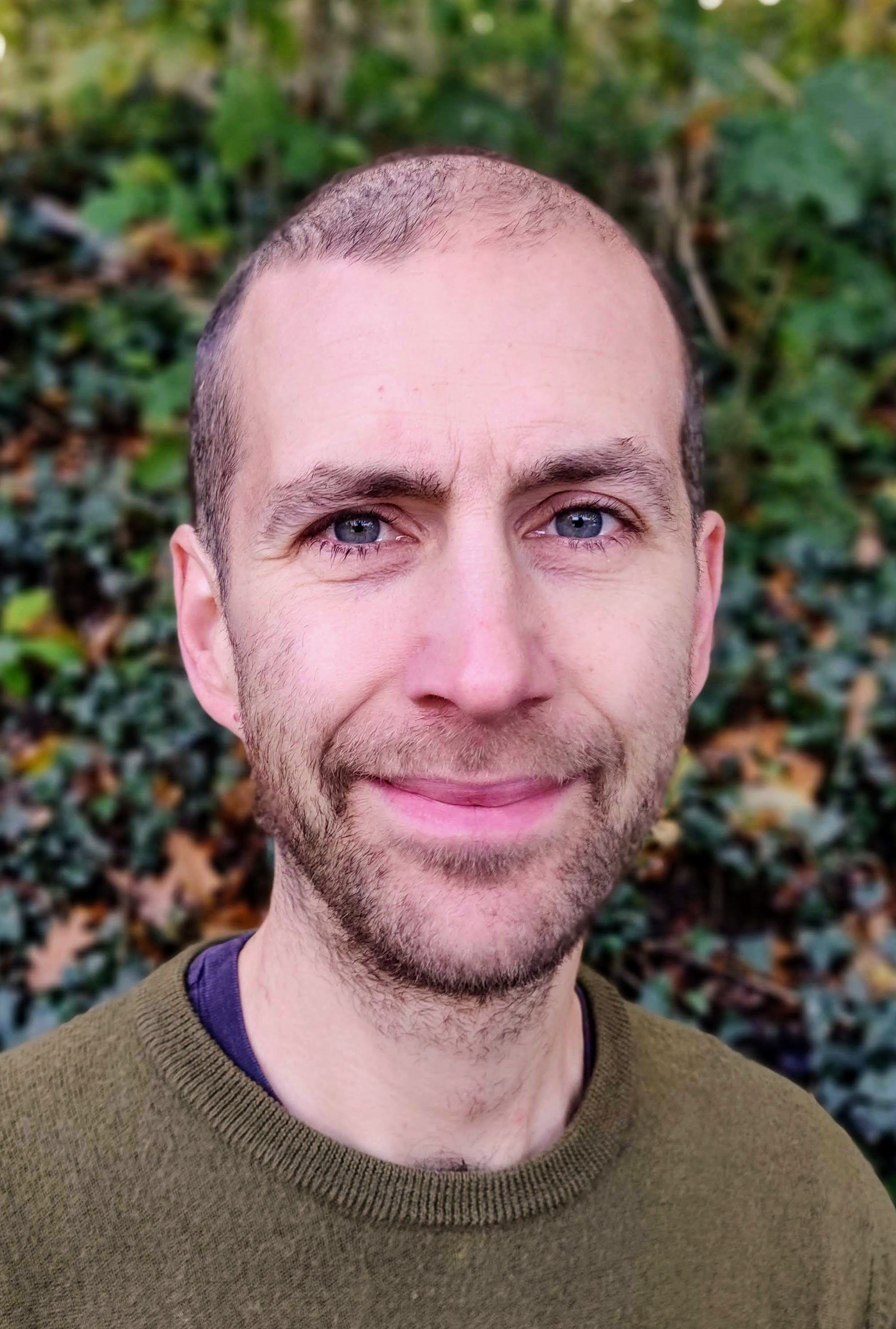 Nick Tuftnell (43) from Bristol was slowly going blind as a result of an inherited eye disease when he was selected to take part in a ground-breaking clinical trial.

Nick is supporting our 20 voices campaign because he knows the importance of eye research and how it can transform lives.

Nick was born in New Zealand and moved to England when he was three years old. It was around this time that his parents began to suspect he had inherited the genetic eye condition choroideremia. Nick’s grandfather had the condition and went blind as a result, so the family knew it was a possibility that Nick could get it too. However, it wasn’t until his early teens that Nick’s parents took him to Southampton hospital where he was diagnosed with choroideremia.

Choroideremia is a rare genetic eye condition that almost always affects males. Its symptoms usually start in childhood, with a person experiencing progressive vision loss due to a gradual loss of cells in and around their retina - the specialised light-sensitive layer that lines the back of the eye. The gene can be inherited and passed down through families. Males are much more likely to develop the condition, but females can pass the faulty gene on to their children.

Nick said: “For mum it was terrible - you want to do the best for your children and with something like choroideremia, you feel you can’t do anything to help.”

Through the Tommy Salisbury Choroideremia Fund, Fight for Sight funded vital early-stage research that has led to the development of a new gene therapy treatment for choroideremia. The clinical trial is being led by Professor Robert MacLaren at Oxford University.

Nick had been seeing Professor Robert MacLaren regularly when, eight years ago, he was invited to take part in the clinical trial. Nick became the third person to receive the treatment.

Amazingly the treatment halted the deterioration in his treated eye and as a result, Nick will never go fully blind.

He said: “I remember having the realisation after the treatment that the sight in my eye was not going to get worse. Having one of your five senses retained is incredible. Words don’t quite describe it. That’s why it’s so amazing to have had this treatment. The research Fight for Sight has funded has been life-changing for me.”

Nick has done a lot of fundraising for Fight for Sight over the years. In 2007, he and a friend challenged themselves to cycle the height of Mount Everest in the Pyrenees in France over 2 weeks and raised £5,000. He also learned to ride a unicycle and did two laps around a training course to raise money.

Nick explained why fundraising for Fight for Sight has been so important to him: “I’ve retrained in a new career recently and I’m now a councillor for people with mental health problems. One of the main things I ask my clients to do is to work on grounding themselves by using their senses. It makes you realise just how essential these are. To be able to fundraise to prevent someone losing one of their five senses just seems like such an incredible thing to do.”

Back a breakthrough Read more about choroideremia